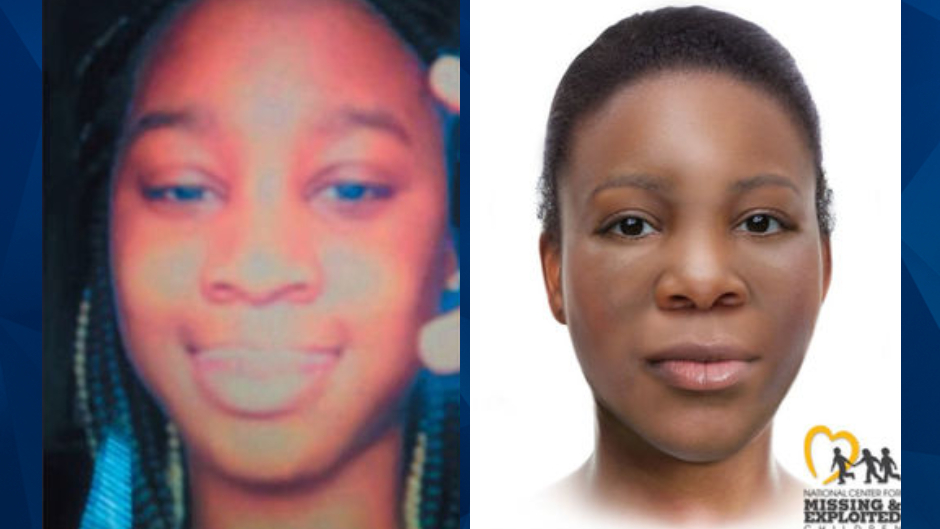 A body that was found in Indiana in mid-September has been identified as a teen girl who was reported missing in Illinois, authorities announced on Sunday.

According to the Times of Northwest Indiana, the Lake County, Indiana, Sheriff’s Office said Takaylah Tribitt, 14, was the girl utility workers found dead on September 16 in an alley near East 20th Avenue and Pennsylvania Street in Gary. Chicago police said they do not believe Tribitt was a ward of a state but, for undisclosed reasons, a local shelter official reported her missing on September 1.

WBBM reported that the utility workers said they found Tribitt tied to a newly-placed utility pole and suspected she was fatally beaten. However, the Lake County Coroner’s Office determined she had died from a gunshot wound and said she was not tied to a pole.

Authorities released a composite sketch of the then-unidentified teen in addition to a photo of the Superman t-shirt she was wearing when she was found.

The Times reported that the Lake County coroner’s office took DNA from Tribbitt’s relatives after they came forward in late September. They were reportedly unable to verify her identity through dental records because of how young she was when they were collected.

Tribbit’s death is being investigated as a homicide. According to WLS, Lake County Sheriff Oscar Martinez Jr. said they are following leads from Indiana and Illinois. Police also stated that the slain teen was possibly linked to a man in Gary’s midtown area.

Anyone with information regarding Takaylah Tribitt’s disappearance or death is asked to call Detective William Poe Lake County/Gary Metro Homicide Unit at 219-755-3852. Those who wish to remain anonymous should call 866-CRIME-GP.