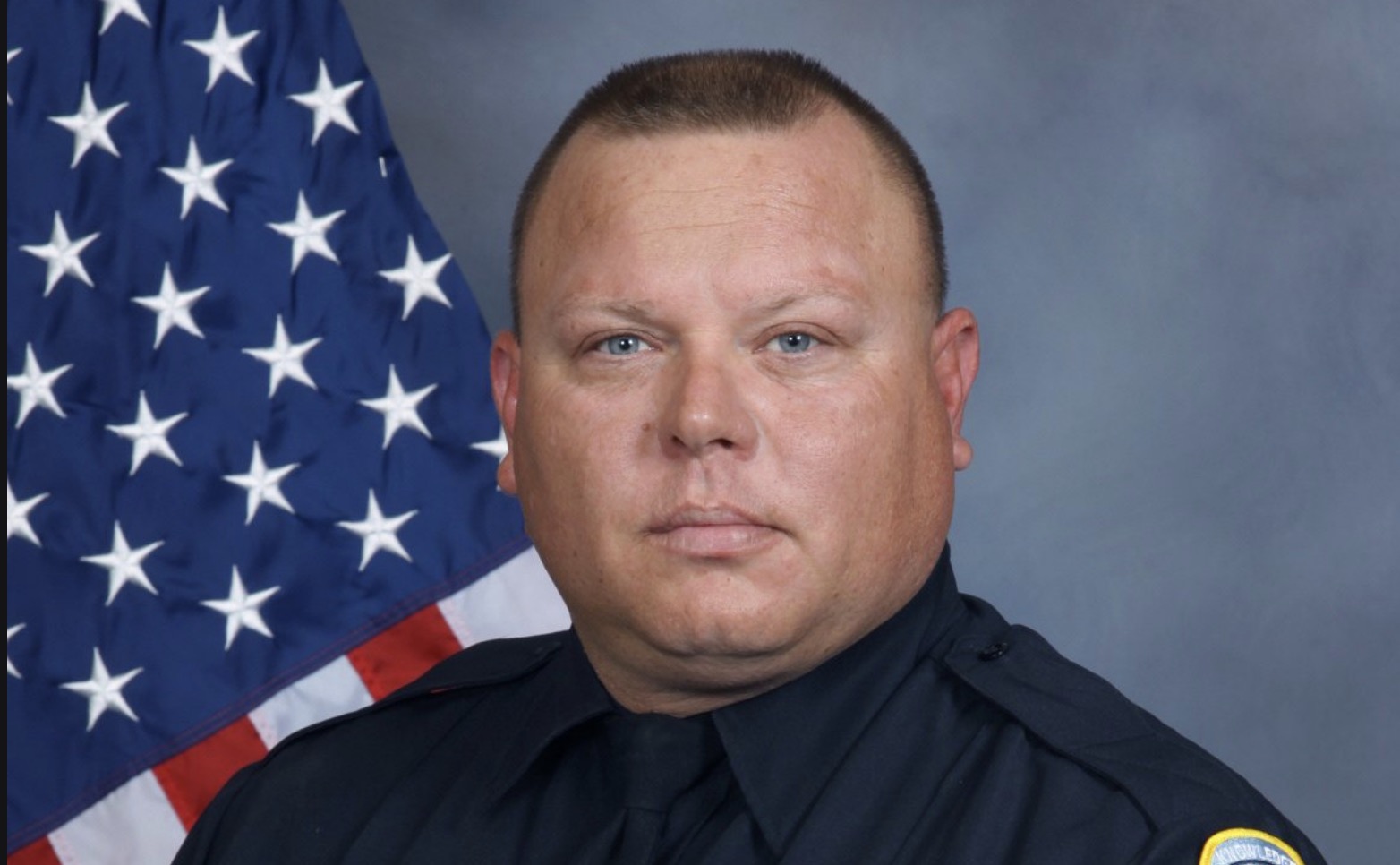 An Alabama police officer shot and killed by a drug suspect was a 14-year veteran of the Huntsville Police Department and the son of another officer killed in the line of duty, WAFF reported.

Billy Clardy III, 48, was a member of the Strategic Counterdrug Team responding to a tip about a drug deal in north Huntsville Friday afternoon. When the suspect arrived, he spotted the officers and opened fire, hitting Clardy. Officers returned fire but missed, according to AL.com.

The suspect, identified as LaJeromeny Brown, 41, was captured about a block away after a short foot pursuit. He has been charged with capital murder.

Clardy III is survived by his wife and five children.

The officer was wearing a bullet-proof vest, but the bullet pierced the top of the vest and into his heart. Medical personnel tried for an hour to save his life.

“Billy Clardy woke up (Friday) morning and he put his gun and badge on to go do something he loved to do,” said Madison County Sheriff Kevin Turner. “He loved his job. Billy Clardy would do it all over right now. I know he would.”

Huntsville police Chief Mark McMurray said that Clardy earned dozens of awards and citations during his time with the department.

“Billy Clardy was more than a Hunsville hero,” McMurray said. “He was an American hero.”