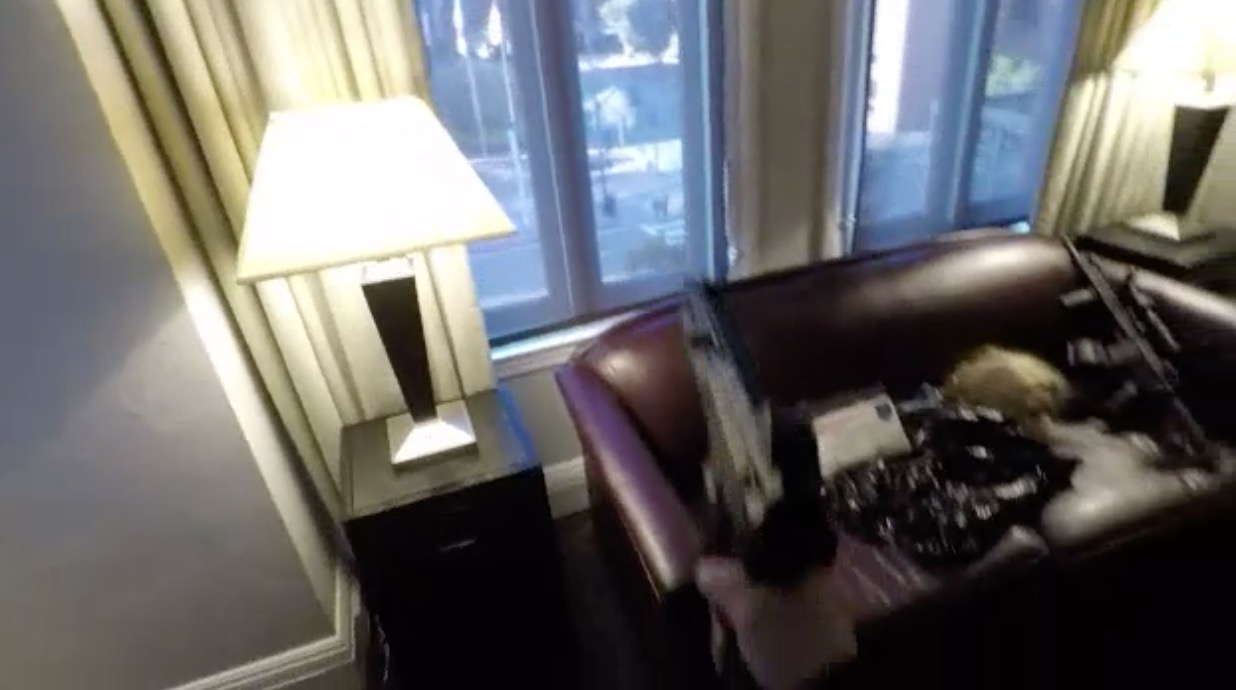 The tipster said that an online chat user had “gone off the deep end,” warning that “he will open fire on federal agents or police,” NBC San Diego reported. Law enforcement identified the user as Steve Andrew Homoki, 30, of Spring Valley, California, and arrested him on Thursday.

The videos, apparently shot from a body-worn camera, show a “first-person shooter” view of a man going from room to room “dry firing” various weapons as he points them out the window at pedestrians. The clips were posted to a YouTube channel under the name “Stephen Anderson” over two days in September, according to the warrant filed in the case, but they were shot at The Sofia Hotel in downtown San Diego — across the street from the federal courthouse — in March.

Homoki was charged with three counts of possession of an assault weapon and a single count each of possession of a high capacity magazine and willful cruelty to a child, according to jail records. The warrant said authorities seized 14 weapons registered in California and purchased between February 2018 and May 2019, 10 News said.

The court documents say Homoki registered at the hotel on March 22 using the pseudonym Stephen Anderson. In the videos, he mutters to himself as he goes from room to room, using a handgun and an assault-style rifle. One video shows two such rifles on the sofa in the hotel room, along with a mannequin head and a Department of Homeland Security license plate.

The videos were posted to YouTube on September 17 an 18. Beneath one of the videos, “Stephen Anderson” commented:

“Everything is fabricated for entertainment and none of these are intended for any audience. This is a private video. Shall not be published online for anyone to view and this is satire and not in any way shape or form to be taken seriously. Should children with toy guns deserve to get shot?”

The anonymous tipster told the FBI on November 30 they had watched the online user identified as Homoki “slowly become less stable over the period of almost an entire year.” They said he posted a good-bye message earlier this year.

Homoki is scheduled to be arraigned on Monday.