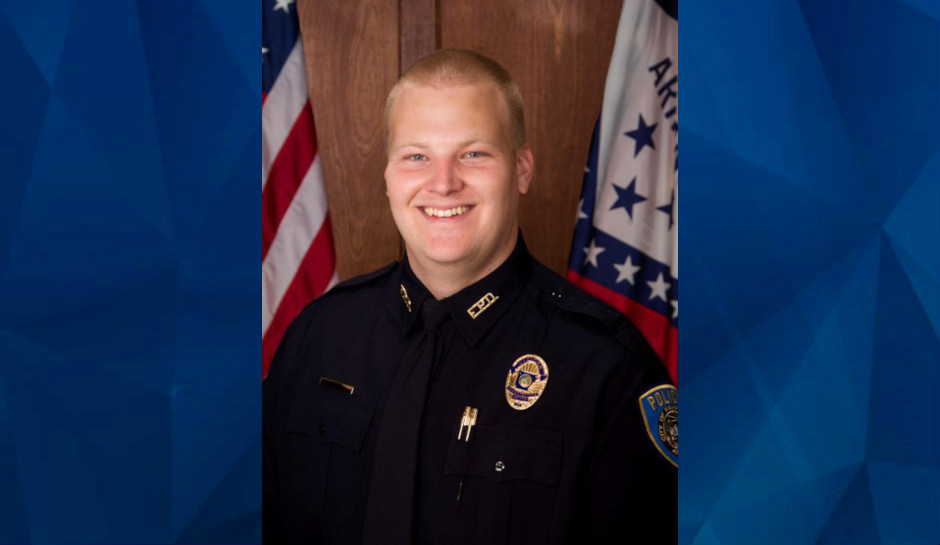 An Arkansas police officer was shot and killed, apparently in ambush, behind the Fayetteville Police Department Saturday night, police said.

Officer Stephen Carr, 27, was shot point-blank in the head while sitting in his patrol car shortly after 9:30 p.m., police said. Officers inside the station heard shots, and Corporal Seay Floyd and Officer Natalie Eucce responded and engaged an armed suspect they saw with gunfire.

The suspect, later identified as 35-year-old London T. Phillips, and Carr were pronounced dead on the scene.

“It appears the suspect came into the back parking lot and just executed my offier,” Fayetteville Chief of Police Mike Reynolds said.

Floyd and Eucce were placed on administrative leave, and Reynolds asked the Washington County Sheriff’s Department and the FBI to conduct an independent investigation.

5 News Online reported that Phillips used a 9mm Taurus pistol in the shooting and that he had been arrested in December 2018 for impersonating an officer. Carr was apparently awaiting his partner for heading out on patrol in Fayetteville’s entertainment district.