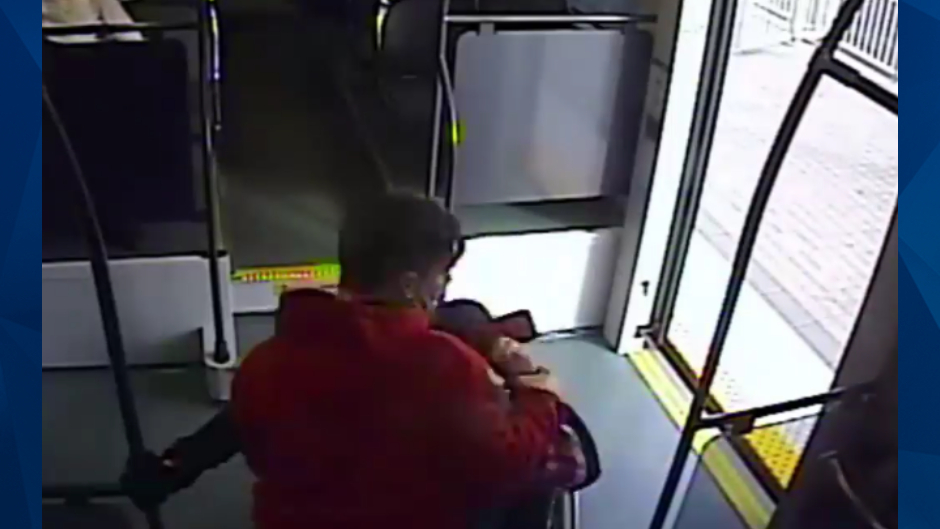 SEE IT: Bystanders ATTACK Arizona man trying to steal wheelchair with woman STILL IN IT

An Arizona man was arrested on Saturday after cameras appear to have caught him forcing a woman out of her wheelchair and attempting to steal it.

The Phoenix Police Department announced in a Facebook post that they arrested Austin Shurbutt, 26, after publicizing surveillance footage that allegedly showed him assaulting and trying to rob a 28-year-old woman of her wheelchair on a light rail train on November 29. Shurbutt is reportedly seen wearing reindeer slippers as he pushes the woman near a door and dumps her out of her wheelchair.

Bystanders are seen confronting the suspect on the light rail platform before he takes off without the wheelchair.

Despite his reindeer slippers, this criminal was NOT spreading holiday cheer. He tried to steal a wheelchair right out from under a woman, but hero passengers on the light rail came to her rescue. As the train pulled into the station, the crook grabbed the chair. The video is tough to watch. The woman tries to hold on but eventually gets dumped out of her wheelchair and the guy takes off with it. That’s when the others on the train stepped in to help. People ran out the doors, stopping the guy and getting the wheelchair back. The criminal took off running without the wheelchair. He’s a white man, mid-20s, 200-215 pounds with dark blonde hair and a goatee. Yes, he was wearing reindeer slippers at the time of the crime. It happened the day after Thanksgiving at 3:40 in the afternoon at the light rail stop on 12th street and Jefferson. If you have any information to help track this guy down, call Silent Witness at 480-WITNESS or silentwitness.org.

Posted by City of Phoenix Police Department on Saturday, December 7, 2019

Shurbutt, who had two outstanding warrants, was charged with robbery, kidnapping, and assault. Police wrote that at the time of his arrest, he was wearing the same reindeer slippers he had on during last month’s incident.

Despite his arrest, a motive in last month’s incident remains unclear.