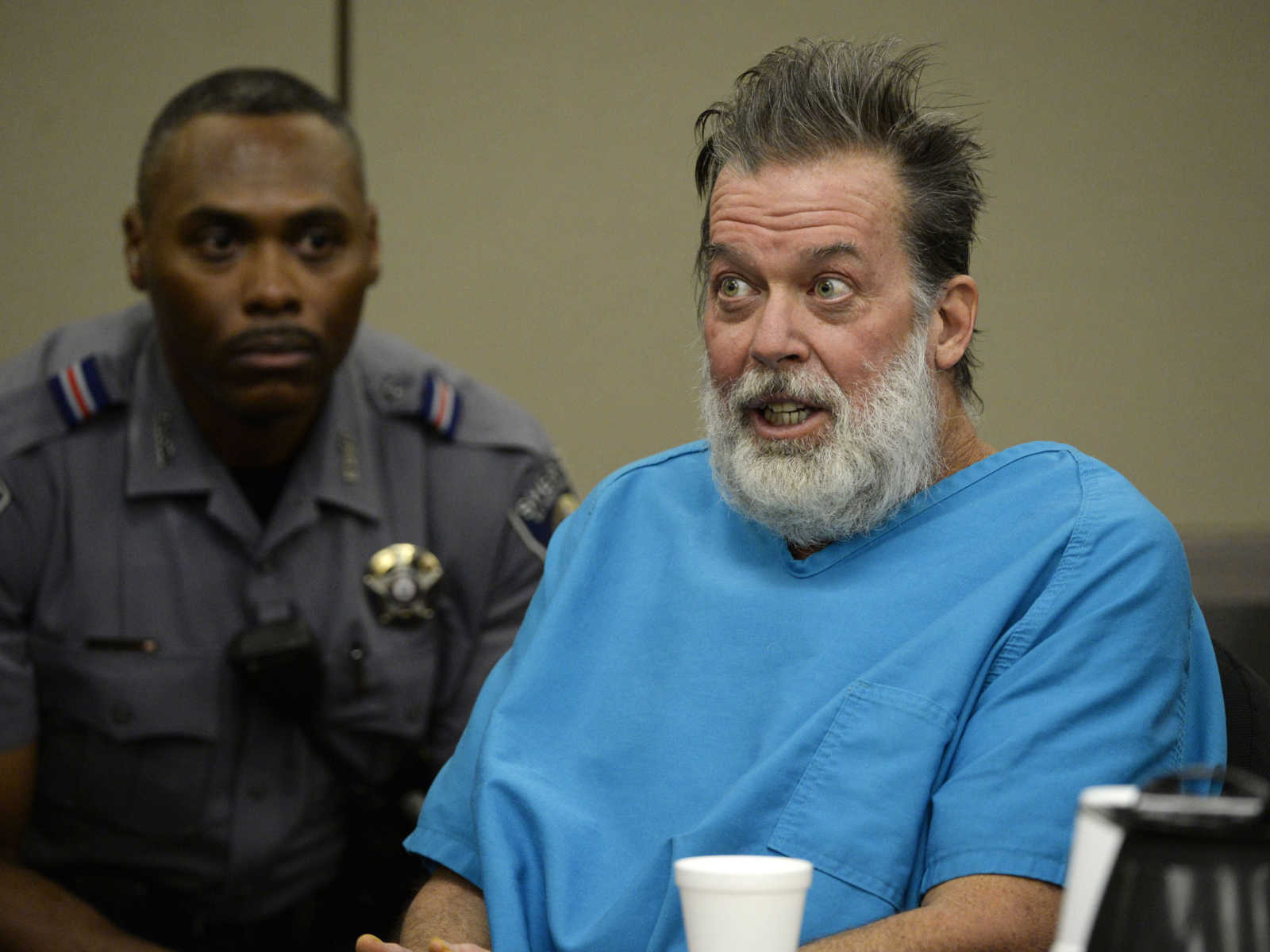 A federal grand jury in Denver, Colorado, on Monday indicted Robert Dear on 68 counts in the November 27, 2015, shooting at a Planned Parenthood clinic in Colorado Springs that left three people dead, including a police officer.

Dear, 61, came to the clinic that day to wage “war” against abortion, prosecutors say, bringing with him six rifles, five handguns, a shotgun, more than 500 rounds of ammunition, and propane tanks. He barricaded himself inside the clinic and was finally arrested after a five-hour standoff in which he allegedly fire nearly 200 rounds, the Denver Channel reported.

Killed in the attack were University of Colorado-Colorado Springs Police Officer Garrett Swasey, 44; Jennifer Markovsky, 36; and Army veteran Ke’Arre Stewart, 29. Nine other people were wounded, four of them police officers.

“I am not crazy,” Dear told the judge in court on Monday. “I am just a religious zealot.”

The grand jury indicted Dear on 65 counts of violating the Freedom of Access to Clinic Entrances Act (FACE Act) and three counts of use of a firearm during a crime of violence resulting in death.

Dear has also been charged with 179 counts in state court, including murder and attempted murder, but has not been brought to trial because he has been found incompetent to stand trial during mental health assessments every 90 days since May 2016. He was ruled incompetent again in November and is scheduled to appear in state court next in January, according to 9 News.

Federal prosecutors decided to move forward with federal charges at this time because the statute of limitations for FACE Act violations is five years. U.S. Attorney Jason Dunn said his office has not decided whether to seek the death penalty for Dear, and if he does, that decision must be approved by U.S. Attorney General William Barr. If not, he faces 10 years to life in prison.

“The dozens of victims of this heinous act, as well as the Colorado Springs community itself, deserve justice,” Dunn said.  “After four years of lengthy delays in state court, and in consultation with the 4th Judicial District Attorney and victims, this office made the decision to charge Mr. Dear.”

Colorado 4th Judicial District Attorney Dan May said in a statement that the federal indictment “is fully supported by our office.”

Dear appeared before a federal magistrate on Monday to hear the indictment. His first official court appearance is set for Friday.