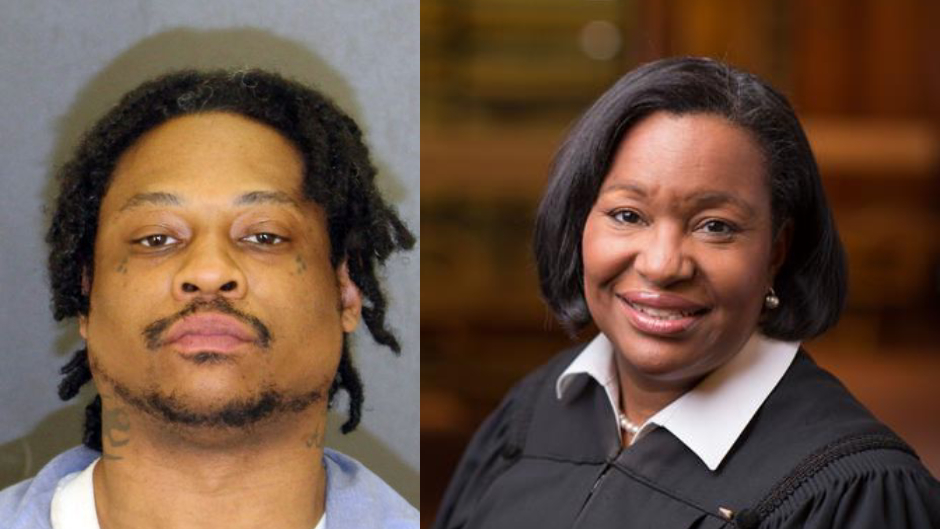 A Maryland judge suffered minor injuries on Wednesday after a defendant in a criminal sex case threw a metal water pitcher at her head during sentencing, according to reports.

Chief Baltimore Circuit Judge Wanda Heard had sentenced Travis Burroughs, 36, to life with all but 70 years suspended for sodomy and false imprisonment. A Baltimore Sheriff’s Office spokesperson told The Baltimore Sun that during sentencing, Burroughs picked up the pitcher from the defense table and threw it at Heard, hitting her “somewhere around the middle of her forehead.”

Heard reportedly fell back upon being hit, and officers in the courtroom took Burroughs to the ground and restrained him. He was reportedly taken to lockup as the judge called for a recess to seek medical attention, according to the news outlet.

Heard reportedly sustained a large contusion to the middle of her forehead in addition to injuries to her neck and upper back. The police spokesperson told The Sun that Burroughs was charged with first-degree assault, second-degree assault, and use of a dangerous weapon with the intent to cause injuries for Wednesday’s outburst.

WBAL reported that Burroughs — who had already spent decades behind bars for rape and other offenses — was sentenced to life in prison in 2018 for a separate rape that had occurred a year earlier. He is also awaiting a January 2020 trial for allegedly assaulting a corrections officer in May.

The police spokesperson also said they are reviewing safety protocols in light of Wednesday’s incident.