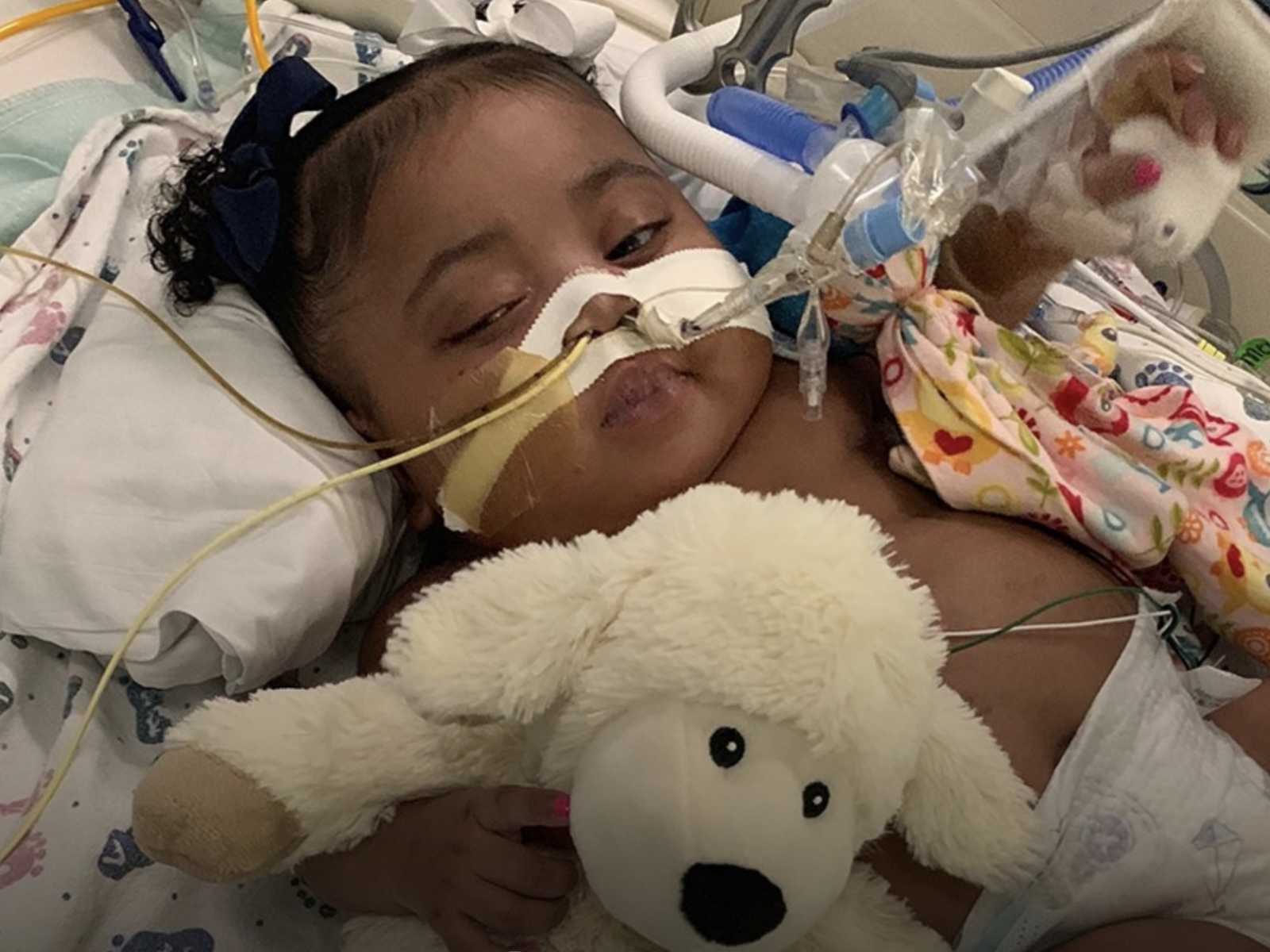 A Texas judge ruled that a critically ill infant will remain on life support while she studies the constitutionality of a Texas law that would allow the hospital to remove the girl from life support against the family’s wishes.

The little girl was born with an Ebstein anomaly, a rare heart defect that prevents a valve between the right atrium and right ventricle from working properly — causing blood to leak back through the valve — and has had three open heart surgeries since birth. She also has chronic lung disease and severe chronic pulmonary hypertension, and has been breathing on a ventilator since July. Doctors have been keeping her under deep sedation and medical paralysis and say they believe their life-saving efforts are causing the baby pain.

Little Tinslee’s 20-year-old mother, Trinity Lewis — who is pregnant with her second child — and other members of the child’s family believe the girl just needs more time to recover.

At issue is a Texas law that allows a hospital to remove a patient from life support when doctors and the family disagree provided the hospital’s ethics committee agrees and the parties take 10 days to try to find another facility that would continue life support. Specifically, the issue is Section 166.046 of the Texas Advanced Directives Act, signed into law in 1999 by then Gov. George W. Bush.

Cook Children’s Medical Center, where Tinslee has been since birth, called on their ethics committee earlier this fall for the case. The committee unanimously agreed with doctors on October 30, and 20 other facilities have agreed that no further treatment could help the child, the Fort Worth Star-Telegram reported.

Tinslee’s family, backed by several right to life groups, obtained a temporary restraining order blocking the hospital from removing Tinslee from life support from Tarrant County Juvenile Court Judge Alex Kim, who was removed from the case last week after the hospital raised questions over his connections with a group opposed to the Texas law and that he had bypassed rules to assign himself to the case. Marion was assigned to consider the permanent injunction.

“We’re here to determine whether 046 is unconstitutional,” Marion said at the start of Thursday’s hearing in which she heard from hospital officials, Tinslee’s family, and officials from right to life groups.

Trinity Lewis testified that her daughter was “sassy” and that her favorite movie was “Trolls.” She told the judge she thought it unfair for the hospital to make this decision.

“I want to be able to make the decision for her,” she said.

“I wish they would keep that hopelessness out of their vocabulary,” she said. “There is hope for her. I don’t believe there is such thing as hopelessness.”

Cook Children’s officials, however, said the matter goes beyond hope for them. Jay Duncan, a pediatric cardiologist at the hospital, said the treatment is prolonging the little girl’s suffering.

“There are no more treatments we can do to Tinslee for improvement,” he testified. “She is in pain.”

Cardiac nurse Kara Lane said that nurses are given enough advance notice to opt out if they’re scheduled to handle Tinslee’s treatment because “there are many nurses that are not comfortable inflicting that kind of pain on her.”

“She’s made it this far. I know she’s going to continue to fight for her life.”