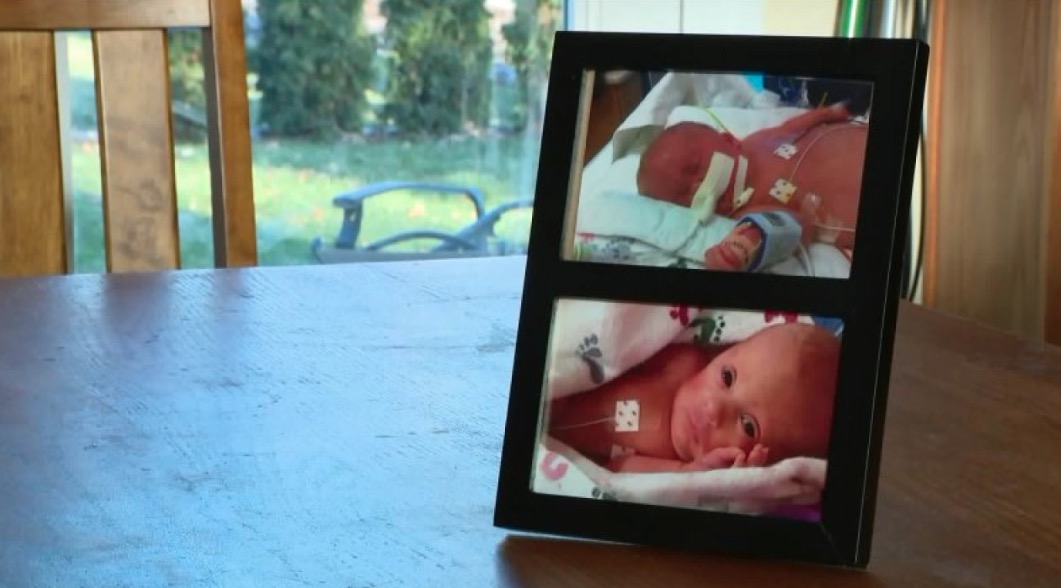 An Illinois couple is heartbroken, begging the burglars who broke into their home this week and stole their baby’s ashes to return them.

Twins Billy and Matt LaDeur were born nine weeks early in 2014, their mother, Sue LaDeur, told WGN. Matt was healthy, but Billy, with excessive fluid retention in the womb, according to the Chicago Tribune, died after 10 days.

Sue and her husband Jim had planned to be buried with the ashes.

“It’s of no value to anybody but it’s invaluable to us,” Sue told WGN. “Please do the right thing.”

“It’s all we have left of our child. Let us have that back,” said Jim.

Sue described the small white box, saying the thieves likely “thought it was a jewelry box.” A three by three void in the dust is visible on the dresser where the box sat.