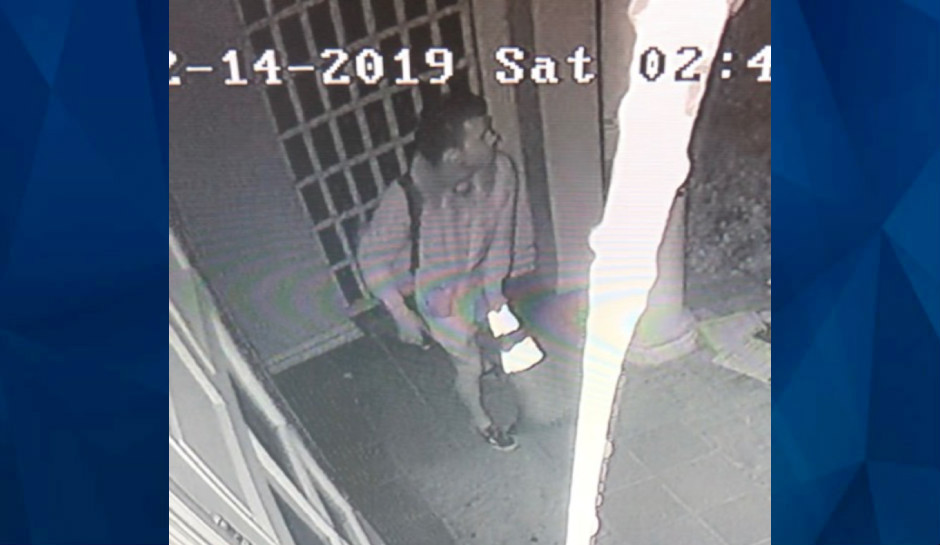 Detectives are investigating a break-in at Nessah Synagogue early Saturday morning as a hate crime, the Beverly Hills police said in a statement.

Police said a man in his early 20s apparently forced his way into the synagogue at about 2 a.m. after committing “a series of minor vandalisms” in an area south of Wilshire Boulevard. At the synagogue, he “heavily ransacked the interior,” police said, overturning furniture, distributing brochures and materials throughout, and damaging relics.

The suspect damaged religious relics inside the structure, but police said the synagogue’s main scrolls were undamaged. Beverly Hills police Lt. Elisabeth Albanese told KTLA that some pages of a Torah were damaged, and some scrolls were undone. Officers also found the image of a heart created from an unknown material, she said.

Police released a photo of the suspect taken by a surveillance camera. They said he had short, dark, curly hair, thin build, and may have been wearing prescription eyeglasses. He was wearing shorts and low top shoes and was carrying a backpack and pulling a rolling suitcase.

Police were called at about 7 a.m. when an employee arrived and found an open door. Nothing was stolen from synagogue, and no one was there at the time.

“This cowardly attack hits at the heart of who we are as a community,” said Mayor John Mirisch.  “It is not just an attack on the Jewish Community of Beverly Hills; it’s an attack on all of us. The entire City stands in solidarity behind Nessah, its members and congregants. We are committed to catching the criminal who desecrated a holy place on Shabbat of all days and bringing him to justice.  We are equally committed that our City will continue to be a welcoming place for Jews and for members of all religions and groups.”

Nessah Synagogue was founded in 1980 by Rabbi David Shofet, son of Iran’s former chief rabbi Yedidia Shofet, for Persian Jews who immigrated to the Los Angeles area after the Iranian Revolution in 1979. The congregation moved into the current building in 2002.

Anyone with any information is asked to call the Beverly Hills Police Department at (310) 285-2125 or submit an anonymous tip by texting BEVHILLSPD followed by the tip information to 888777.