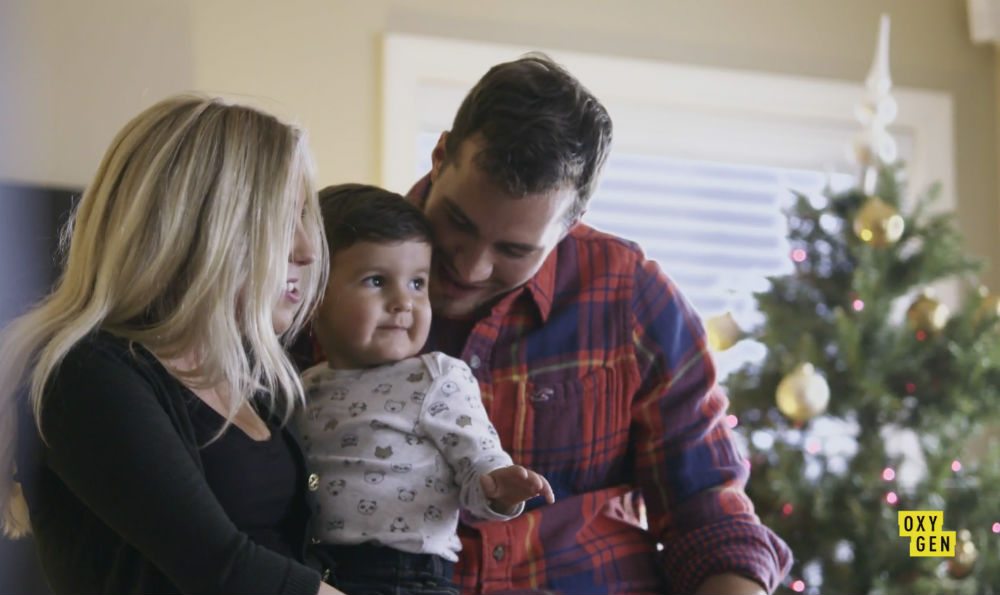 The brutal murder of a Florida couple that left a 2-year-old boy parentless will be featured in the upcoming Oxygen series “Homicide for the Holidays.”

The episode details the case of Steven and Michelle Andrews, a young couple living near Fort Myers who had recently moved from Minnesota.

On December 27, 2005, emergency dispatchers received a 911 call early in the morning from the Andrews’ home. All that could be heard was a rustling noise and a toddler crying, so Lee County Sheriff’s deputies were sent to conduct a wellness check, according to a synopsis of the episode published on Oxygen.com.

Inside, deputies found the couple’s 2-year-old son covered in blood and wandering the home, a disturbing juxtaposition to the holiday decorations and presents that filled the living room.

When deputies entered the couple’s bedroom, they found Steven lying face down on the mattress. A hole was in his head and blood was everywhere.

Michelle was naked and her body was positioned in a “grotesque” manner at the foot of the bed, according to authorities.

Police investigating the case would come to learn that the couple had been trying for a fresh start in life. Prior to moving to Florida, Michelle had been involved in an extramarital affair, but Oxygen reports that couple had since been working on the marriage and the relationship had been improving.

But friction between the couple had renewed when Steven began having an affair of his own with a secretary at work named Kellie Ballew. She had purchased him an expensive gift, and weeks before the murder, she and Michelle had argued at a holiday party, investigators reportedly said.

According to Oxygen, Ballew acknowledged to investigators that she and Steven had been having sex and that she recently terminated a six-year relationship with a boyfriend, Fred Cooper.

That disclosure would prove crucial to the case.

Neighbors reported hearing a loud motorcycle on the evening of the killings, and one neighbor said they saw the rider wearing a camouflage hoodie.

A tipster later told police that one of his co-workers at a local repair shop had been working hard to clean his camouflage hoodie, spending more than an hour on the piece of clothing using various cleaning products.

That man was Fred Cooper.

In his initial interview with investigators, Cooper claimed he was home with his mother at the time of the murders, but he did consent to a DNA swab. He was put on around-the-clock surveillance.

Then the DNA results came back: Cooper’s DNA was found in samples underneath Michelle’s fingernails, and he was subsequently arrested in Orlando.

At trial, Cooper claimed his DNA was under Michelle’s fingernails because the two had sex a day before the killings. He claimed they were “consoling each other.”

The tactic worked and resulted in a hung jury.

Prosecutors opted for a new trial. This time, Cooper reportedly changed details in his story, which prosecutors highlighted in their argument that he committed the murders out of jealous rage.

Jurors convicted Cooper on two counts of first-degree murder and one count of burglary with assault and battery while armed. He was sentenced to life in prison without the chance of parole.

Dean Harris, the couple’s neighbor, told Oxygen he was satisfied with the sentence.

“Life without parole is great,” Harris told Oxygen. “Let him suffer. Death would be too easy for him.”

Watch a preview of the episode here:

“Homicide for the Holidays,” a limited series, will air on Saturdays at 7 p.m./6 p.m.Central through December 28 on Oxygen.

[Feature image: Screenshot/Oxygen preview of ‘Homicide for the Holidays’]