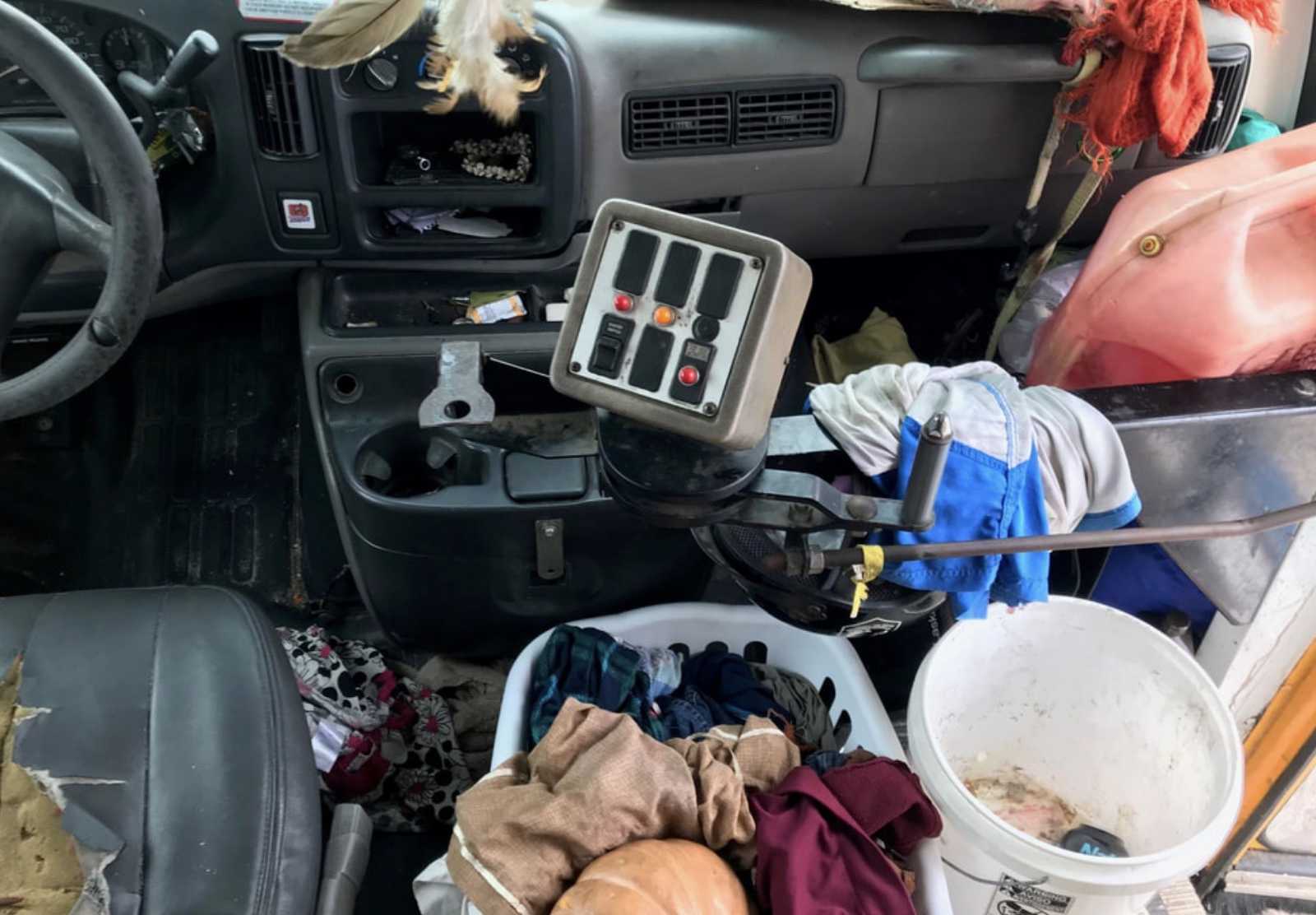 A Florida woman has been charged with three counts of felony child abuse after police found her three children abandoned overnight in a mini-school bus parked in a city beach lot with a bucket for a toilet and a bin of perishable food but no cooler.

The mother, Andrea L. Kerrins, 33, was found aboard a boat anchored offshore, where she had been smoking marijuana and said she planned to spend the night, WFLA reported.

Gulfport police Officer Christopher Priest found the kids — ages 3, 6, and 9 — on a routine patrol just before 5 a.m. Saturday. They told the officer their mother and set out on a boat at about 9 p.m. on Friday.

In addition to the five gallon bucket used for a toilet and the unrefrigerated food, officers found that the children had no other clothes but what they were wearing, according to Fox 13 NewsFlorida.

The children were taken by Florida Department of Children and Families “for the time being,” police said.

Police said the name on the side of the yellow bus — Meg’s Preschool & Playhouse — appears to belong to an organization that is no longer in operation. Kerrins had no connection with it, they said.