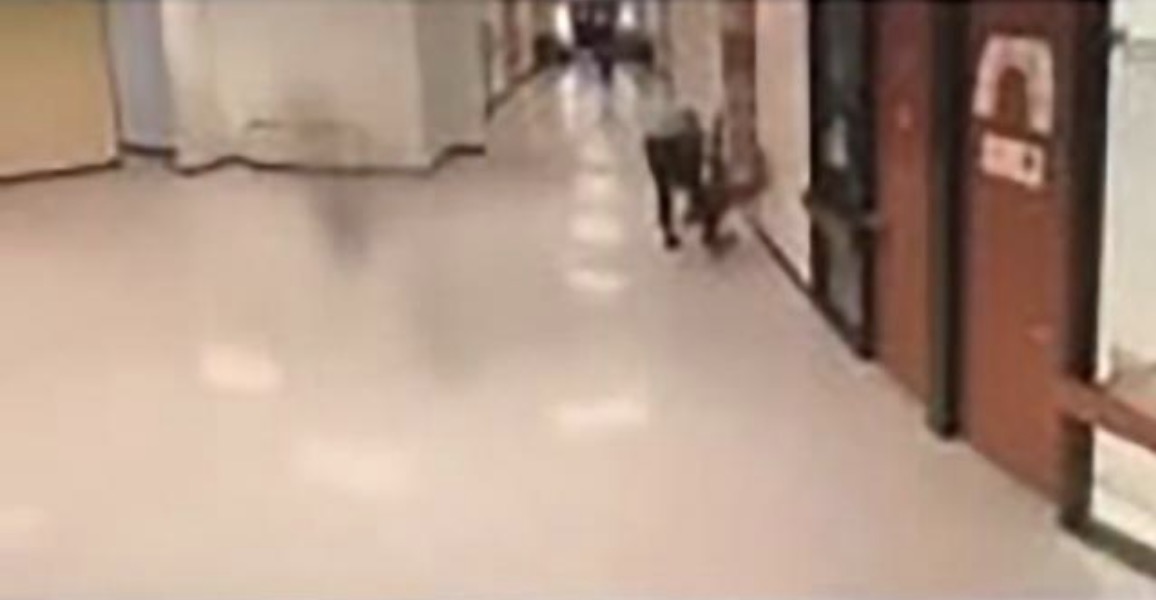 SEE IT: School resource officer picks up young child and slams him to the floor — TWICE

A North Carolina community was stunned this week when video surfaced showing a county sheriff’s deputy — serving as a school resource officer — pick up a student and slam him onto the floor, then do it again, before dragging the student further down the hall.

CBS 17 reported that Vance County Sheriff Curtiss Brame said he’d turned the investigation over to the State Bureau of Investigation and that the deputy involved is on paid administrative leave. He said the deputy had been with the department for about two years and had no other issues during his employment.

In the video, which has no sound, the deputy and the student are seen walking side by side toward the camera. Suddenly the deputy picks up the child, flips him upside-down, and slams him to the floor. Then he jerks him off the floor and lets him fall again. Finally, he grabs the student — perhaps by the shirt — and drags him off camera.

“I was stunned and shocked because I have eight grandchildren, four between the ages of 8 and 13,” Brame told WRAL. “To see a child that small reminded me of one of my grandchildren.”

Vance County Schools filed a complaint with the sheriff’s department over the incident, which took place at Vance County Middle School in Henderson, not far from the Virginia state line.

District Attorney Mike Waters said that the student’s father told investigators the boy is recovering at home from his injuries, but would not give details, according to CBS 17. Brame told WRAL that the boy, who is under the age of 12, had a bump on the head but was not hospitalized, according to his mother.

“When the collection of evidence is over, whether it’s some time early next week, or some time thereafter, we will promptly make a decision about what is appropriate to do in this case,” Waters said.

Emma Williams, grandmother of a sixth grader at the school, said the video was shocking, and she was disturbed to learn about the incident via social media and not directly from the school.

“Regardless of how a kid acts, what a kid says, that person, that’s a grown man, and the job you have, you gotta have standards,” she told WRAL. “It’s disturbing.”