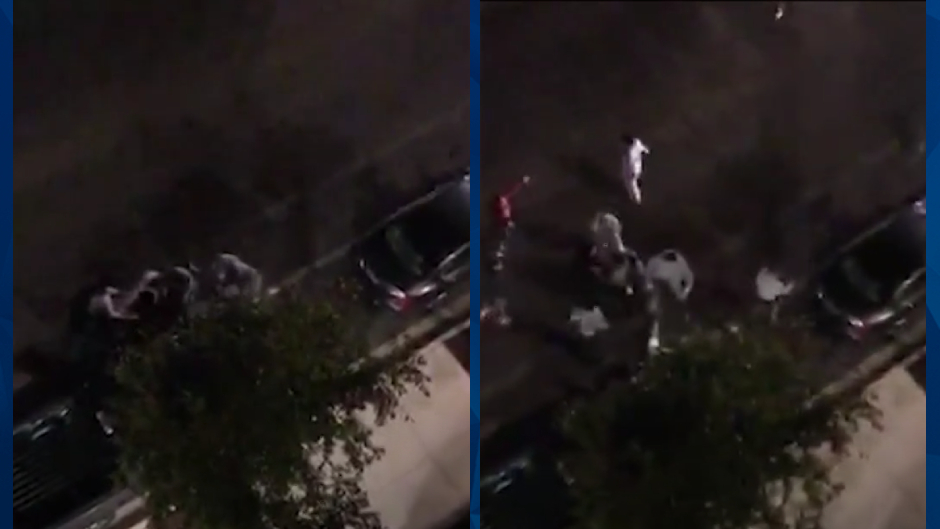 A Texas State University student filed a $1 million lawsuit against a fraternity on Thursday, alleging that its members left him seriously injured following an unprovoked street attack in October.

Citing the lawsuit, KVUE reported that Nikolas Panagiotopoulos, 22, sustained a traumatic brain injury, skull fracture, and spinal injuries in an altercation with members of Pi Kappa Phi fraternity’s Eta Rho chapter. Panagiotopoulos claimed he was walking past the fraternity’s house with a friend when members — mistaking him as a member of a different group — began harassing him.

Fraternity members allegedly attacked and tacked Panagiotopoulos, who lived across the street. Cellphone video footage appears to show the group follow and beat the student unconscious on the street.

Panagiotopoulos’ attorneys told the news station that two Pi Kappa Phi members were charged with felony aggravated assault in connection with the October 27 incident. The lawyers have reportedly launched a preliminary probe into the fraternity amid allegations that the group encourages binge drinking and rivalries with other fraternities.

The business student claimed that he missed coursework due to his injuries. ABC News reported that he spent months in the hospital and doctors said he should not fly home to New York to be with his family during Christmas.

Texas State University, who is not being sued, told KVUE in a statement that Pi Kappa Phi has been suspended. The news outlet reported that the college handed down a four-year ban to the local chapter amid concerns of hazing.