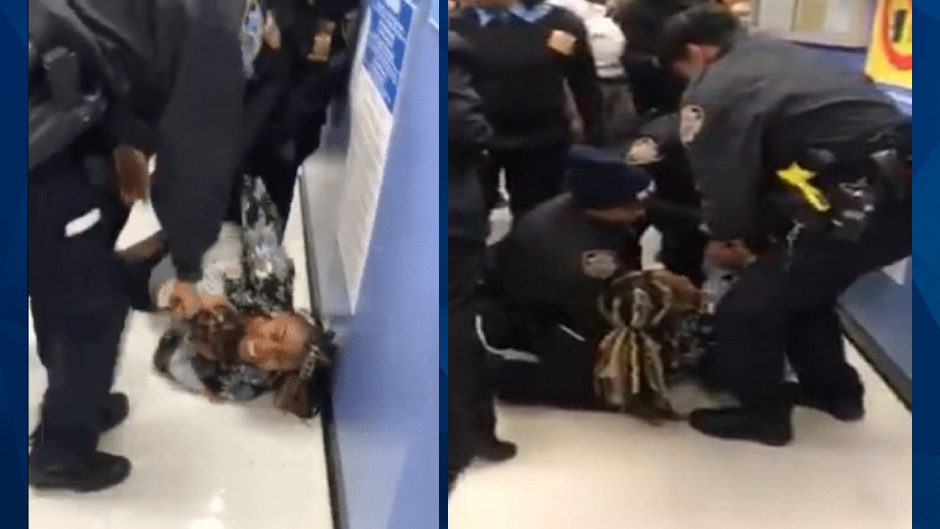 VIDEO: After toddler ripped from mother’s arms, a $625K payout

New York City officials have agreed to pay $625,000 to a woman whose 1-year-old son was forcefully taken from her arms during a filmed arrest last December.

Jazmine Headley, 24, filed a federal lawsuit in August, months after her arrest at a social-services office in Brooklyn. Headley waited three hours in the packed waiting room to inquire as to why the city stopped paying for her son’s daycare — and security attempted to oust her as she sat on the floor next to her baby’s stroller, according to The New York Times.

After asking to speak with a supervisor, Headley reportedly walked away from the guards. Guards and NYPD officers who were called to the scene were filmed surrounding Headley, who was on the floor, as one of them yanked her son from her arms.

So I’m At 275 Bergen Street Handling My Business Or Whatever & There Wasn’t Any More Chairs For This Lady To Sit Down So She Sat In The Corner On The Floor. The Security Guard Came Over Said What Ever She Said To Her & She Made The Security Guard Feel Dumb So She Called The Cops On Her & This Was The Outcome SMH Mind You She Had Her Baby In Her Hands The Whole Time🤦🏽‍♀️🤦🏽‍♀️🤦🏽‍♀️ I'm So Fucking Disgusted with The NYPD😡😡 EVRYBODY PLEASE SHARE!!! I’m a mother myself & I would’ve lost my fucking mind if this was me they would've had to kill me🤬🤬🤬🤬

NBC reported that the charges against Headley — resisting arrest, acting in a manner injurious to a child, obstructing governmental administration, and criminal trespass — were ultimately dropped.

According to the New York Times report, in light of the highly-publicized incident, security guards at the public benefits office underwent mandatory retraining on de-escalating incidents. Twenty-two guards who worked at the city’s welfare office either resigned or were terminated.