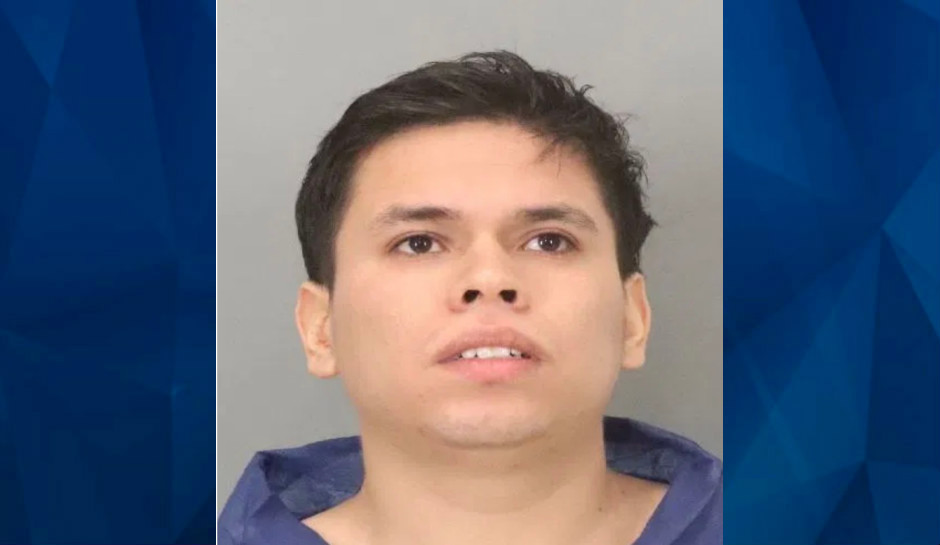 SEE HIS CAPTURE: Boyfriend who stabbed ex-girlfriend, abducted toddler girl wanted ex to ‘feel what it feels like to be stabbed in the back’

A California man is being held without bail, charged with attempted murder and kidnapping that began in an argument with his ex-girlfriend Sunday night and ended the next day with Good Samaritans restraining him until he could be taken into custody.

The Good Samaritans recognized Victor Magana, 24, and the van he was driving from an AMBER Alert issued after he reportedly stabbed the ex-girlfriend and absconded with their 2-year-old daughter, Mercury News reported.

According to the documents, Magana told investigators he and his ex were talking about a conversation she had with her new boyfriend when his brain went “into primitive mode” and he flew into a rage, stabbing her and choking her, the newspaper reported.

Both the victim and Magana told police that he had the toddler while staying with his mother in Ventura County and had taken a train to San Jose to return the little girl to her mother. They had dinner at a restaurant, and then she told him he could stay the night on the couch. They began arguing, and Magana told detectives that he had taken a knife from the kitchen and started “to have bad thoughts.”

In the course of the argument, he told investigators, “he wanted her to feel what it feels like to be stabbed in the back like she was doing to him,” the court documents said.

The victim and Magana said that he stabbed her and choked her. Magana left her on the apartment floor to take a shower, and she escaped out a window. Responding to reports of a woman crying out for help, police found the woman in a driveway with what appeared to be life-threatening injuries.

Fading in and out of consciousness, she told the officers “she last saw her two year old daughter at her residence, crying and covered in blood” and feared she may have been injured, the newspaper reported.

While in the hospital, she named her attacker and told police she could hear him yelling “just f–ing die already” as he choked her, the police report said.

Magana had left the scene with the toddler in the victim’s 2007 Hyundai Santa Fe SUV, prompting the California Highway Patrol to issue an AMBER Alert, as CrimeOnline previously reported. A few hours later, he was at a gas station in Cambria, California, where he fell asleep. He inadvertently left the keys to the SUV in the vehicle at one point, while his daughter was still inside. The Good Samaritans had recognized him by then and stopped him from breaking into the vehicle, boxed him in with their own vehicles, and then pinned him down until state park rangers, the first to answer the call, arrived.

Magana was denied bail because he is on probation for a car theft conviction connected to a family violence. Police and court records say police were called on Magana twice this year for domestic violence on his ex-girlfiend, but neither resulted in charges, according to the News.

The victim, however, told detectives at the hospital that she had told “police that he was going to kill her and nobody believed her,” according to the police report.

Officer Gina Tepoorten told the News that the woman is now listed in stable condition.

For the latest true crime and justice news, subscribe to the ‘Crime Stories with Nancy Grace’ podcast. H