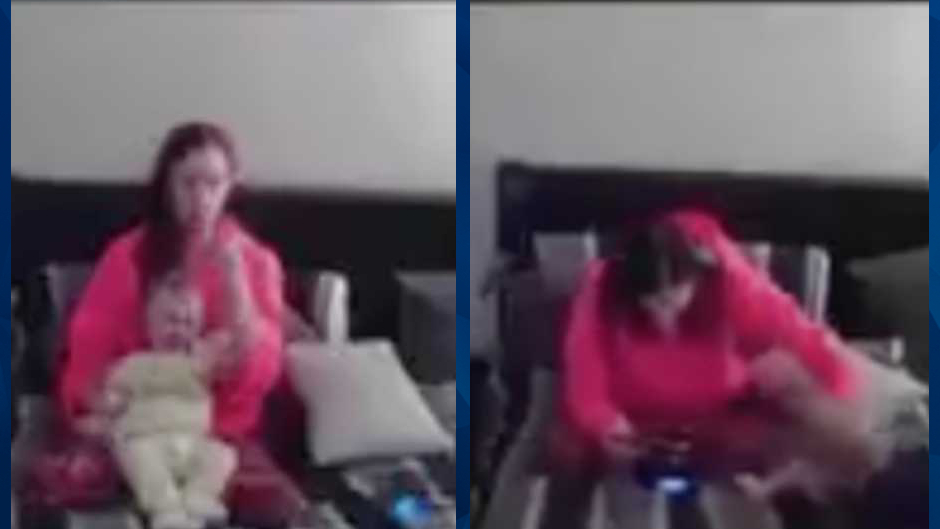 A Canadian mother has been charged with assault after a video surfaced on Tuesday reportedly showing her slap, bite, and roughly handle her 14-month-old son while she played Fortnite.

Calgary police announced in a Facebook post on Wednesday that they arrested a 31-year-old woman after receiving multiple reports about her abusing a child while live-streaming on Twitch, an online gaming platform. Police said two children at the home at the time of her arrest were taken from the residence.

The video in question appears to show the woman sitting on a bed and playing Fortnite as she repeatedly slaps and bites a crying toddler  Footage from a few hours later allegedly catches her roughly grabbing the infant as she continues to play the video game.

A Twitch account presumably belonging to the mother has since been deleted. Clips of the incident were uploaded to Twitter, where as of Thursday, it apparently has been scrubbed from the website.

“Our evidence suggests that, at this point, one count of assault [deals with] the younger of the two children,” Calgary police Seargent Peter Siegenthaler​​ explained to Global News. “It’s essentially that the rough-handling, the biting, the slapping of the child that constitutes an assault.”

The user who posted the video to Twitter told the CBC News that he reported the incident to authorities. He also claimed that he was in contact with a partnered streamer at Twitch who was told by the platform that the mother’s account was permanently banned.

Siegenthaler​​ also told Global News that additional charges are likely forthcoming as they continue to investigate. The woman, who has not been publicly identified, is due in court on January 17.