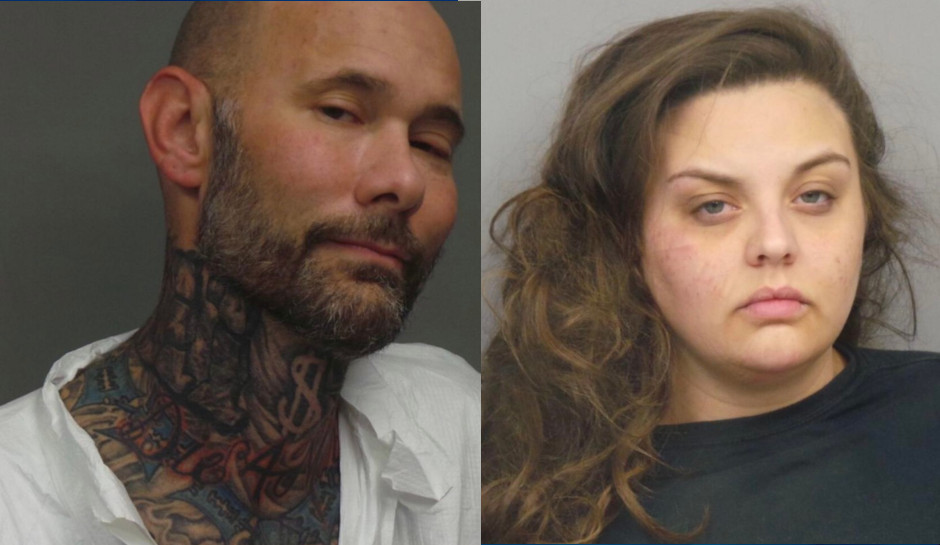 A pair of fugitives wanted in a multi-state crime spree that included murder, kidnapping and assault were captured Thursday night in Hazelwood, Missouri, the Tennessean reported.

Investigators say Brady Witcher, 41, and Brittany McMillan, 28, committed a string of violent crimes in a four-state spree that started in Birmingham, Alabama, on December 13, when police got a call from a woman who said she was being held against her will but didn’t know where she was, AL.com reported.

Police found her, bound with zip ties and injured, by tracking her phone, and her information led to the body of Kellie Ann Hughes, 31, found early Saturday morning shot to death near St Vincent East Hospital northeast of Birmingham. Police identified Witcher and McMillan as suspects, and the hunt was on.

Later on December 14, the couple were spotted in a Walmart in Clarkesville, Tennessee, where an employee reported to police that Witcher flashed a gun when he was confronted about possible shoplifting. Witcher left the store, and McMillan picked him up in a Nissan Altima, which had been stolen in Alabama.

Four days later, the pair were seen at another Walmart in Clarkesville. Loss prevention detectives at the store told police the pair left and drove away in a Ford Fusion. They were spotted in that car later in the day, but drove too erratically for police to safely pursue them.

Shortly afterward, police got a call about a man chasing a woman into the woods nearby and a shot fired. When they investigated, they found no woman, no man, and no wounded person — but they did find the Fusion, which had been stolen in nearby Rutherford County the night before, abandoned.

Eluding police, McMillan and Witcher found an unlocked door in an apartment and entered. They tied up the young couple they found inside and forced them into a closet, where they remained until Thursday, when the suspects took them out. At that point, some sort of confrontation between the suspects and victims ensued, and the husband was stabbed, while the wife wrestled McMillan’s gun away from her. The couple escaped and called police. McMillan and Witcher, meanwhile, fled in the couple’s 2012 GMC pickup.

News 4 reported that the husband was hospitalized but is expected to be released soon, and the wife was treated and released for minor injuries.

Police in Hazelwood said they’d been tipped by Clarkesville police that Witcher and McMillan may be hiding in a hotel there, KMOV reported. Hazelwood PD teamed up with the FBI and St Louis County PD to make the arrest, and then asked police in Bethalto, Illinois, about 30 miles from Hazelwood, to conduct a welfare check on a house there. Bethalto police found the bodies of Shari Yates, 59; her son, Andrew Brooks, 30; and John McMillian, 32.

On Saturday, Witcher and McMillan were charged in those deaths. Police said they believe McMillan, at least — who once lived in Bethalto — was acquainted with someone in the house.

The pair were charged with nine counts of first-degree murder, and one count each of armed robbery and aggravated vehicular hijacking in the Bethalto murders. Witcher, who is a convicted felon, was also charged with unlawful possession of a weapon. In Alabama, they’ve been charged with capital murder in Hughes’ death and kidnapping in the abduction of the woman who called police to report she’d been taken. The detectives in Tennessee have kidnapping and aggravated assault charges waiting.

They’re being held without bond in Hazelwood.