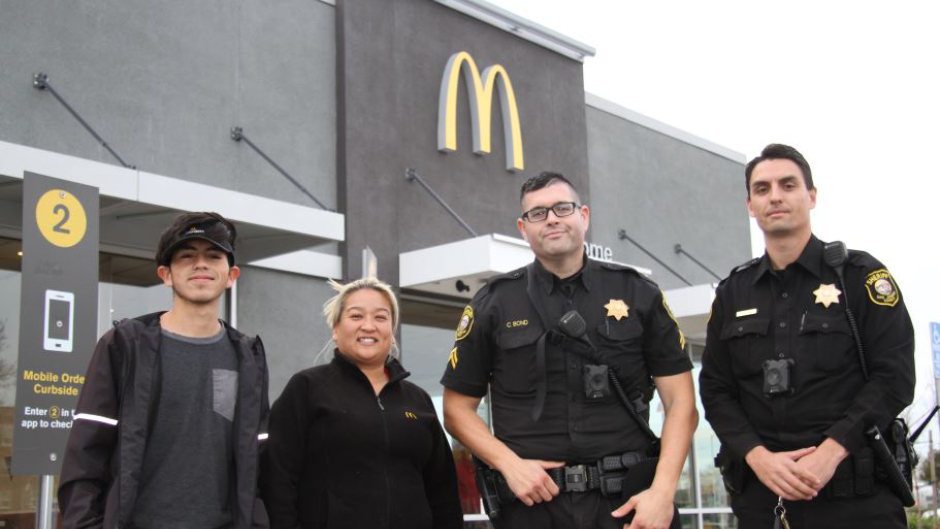 McDonald’s workers save customer who mouthed ‘help me’ in drive-thru, cops say

McDonald’s employees in California reportedly helped save a woman who mouthed “help me” to a worker while in the drive-thru on Christmas Eve.

The San Joaquin County Sheriff’s Office said in a Facebook post that the woman entered a McDonald’s in Lodi on Tuesday afternoon and asked an employee to call 911, providing them with the license plate of the vehicle she was in. She reportedly then asked employees to hide her.

Police wrote that the woman went to the restroom and was trying to make an order at the counter when suspect Eduardo Valenzuela demanded her to make the order in the drive-thru.

The woman, who was behind the wheel, was reportedly at the drive-thru window when she mouthed at an employee to “help me.” At the same time, deputies were at the scene and workers alerted them to the situation unfolding in the drive-thru.

Deputies pulled the woman over and reportedly discovered a stolen firearm in the trunk of the vehicle. Valenzuela, who was sitting into the passenger’s seat, was arrested and charged with criminal threats, stolen property, and being a felon in possession of a firearm.

“During the investigation, deputies comforted the shaken woman and discovered that Valenzuela had been violent with her in the past. On this day he told her to take him to visit his family and threatened her life, stating he would use a firearm,” San Joaquin police wrote.

CNN reported that the Golden State Restaurant Group, which owns the McDonald’s location involved in Tuesday’s incident, has certified all of their restaurants as “Safe Place” locations. Safe Place locations provide “access to immediate help and supportive resources for youth in need,” the national program’s website states.

Police wrote, “We are lovin’ it! McDonald’s providing a “SAFE PLACE” for abuse and human trafficking victims aids a woman to be rescued.”