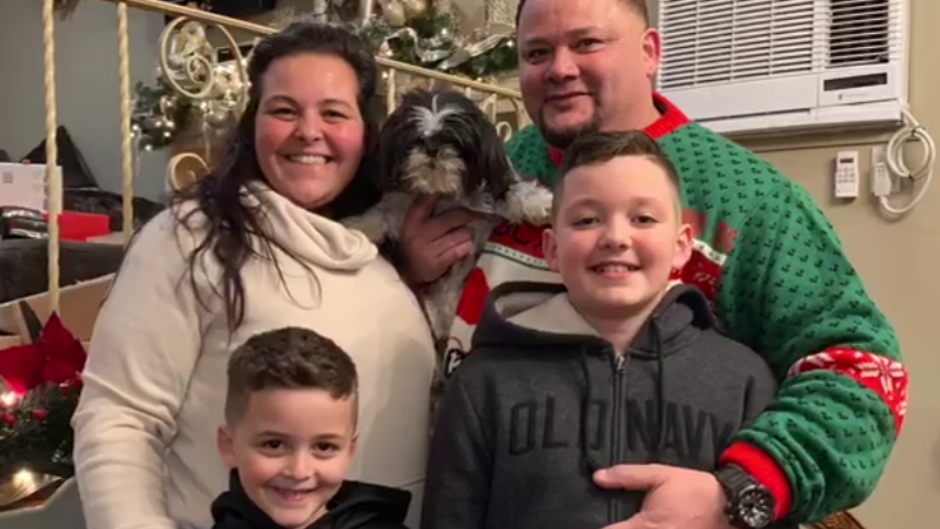 A New York family got their dog back on Christmas Day, a week after the canine was reportedly stolen after wandering away from her yard.

The Suffolk County SPCA said in a Facebook post that they returned the dog — an 11-year-old Shih Tzu named Bella — to the family at 11:58 p.m. on Christmas Day. The organization explained that the dog likely got out of her yard on December 18 and an Amazon driver found her and put her in a truck.

The driver is believed to have given Bella to a woman who claimed she knew who the dog belonged to, the SPCA said in another Facebook post.

UPDATE- SUFFOLK SPCA RECOVERS MISSING DOGThe Suffolk SPCA had issued a $2000 reward for information leading to the arrest and conviction of the individual(s) who stole an 11 year old Shih Tzu named Bella on December 18th. The dog had escaped the owners yard in Ronkonkoma. An Amazon delivery driver found Bella and put her in his truck. Although Bella was microchipped and was wearing identification tags, she was never returned to her owner. On Christmas Day, after an extensive investigation, SPCA detectives were able to track down an individual who knew where the dog was. Just two minutes before midnight on Christmas Day, the detectives were able to reunite Bella with her family in what the family described as a Christmas miracle. The investigation is ongoing.

The dog’s owner, Fortuna Feliciano, 39, told the New York Post that while searching for Bella, she missed a call from the Amazon driver. By the time she returned the call, an unknown woman reportedly told the driver that she knew who the dog belonged to.

“Although Bella was microchipped and was wearing identification tags, she was never returned to her owner,” the SPCA explained.

The SPCA was offering a $2,000 reward for Bella’s safe return. Two days before Christmas, they reportedly found someone who knew the dog’s whereabouts.

They wrote, “Just two minutes before midnight on Christmas Day, the detectives were able to reunite Bella with her family in what the family described as a Christmas miracle.”

Despite Bella’s safe return, the organization said their investigation was ongoing.

Suffolk County SPCA Captain Paul Llobell told News12, “We’re putting all the pieces together of the people who had possession of the dog for the past seven days and the chain of custody.”