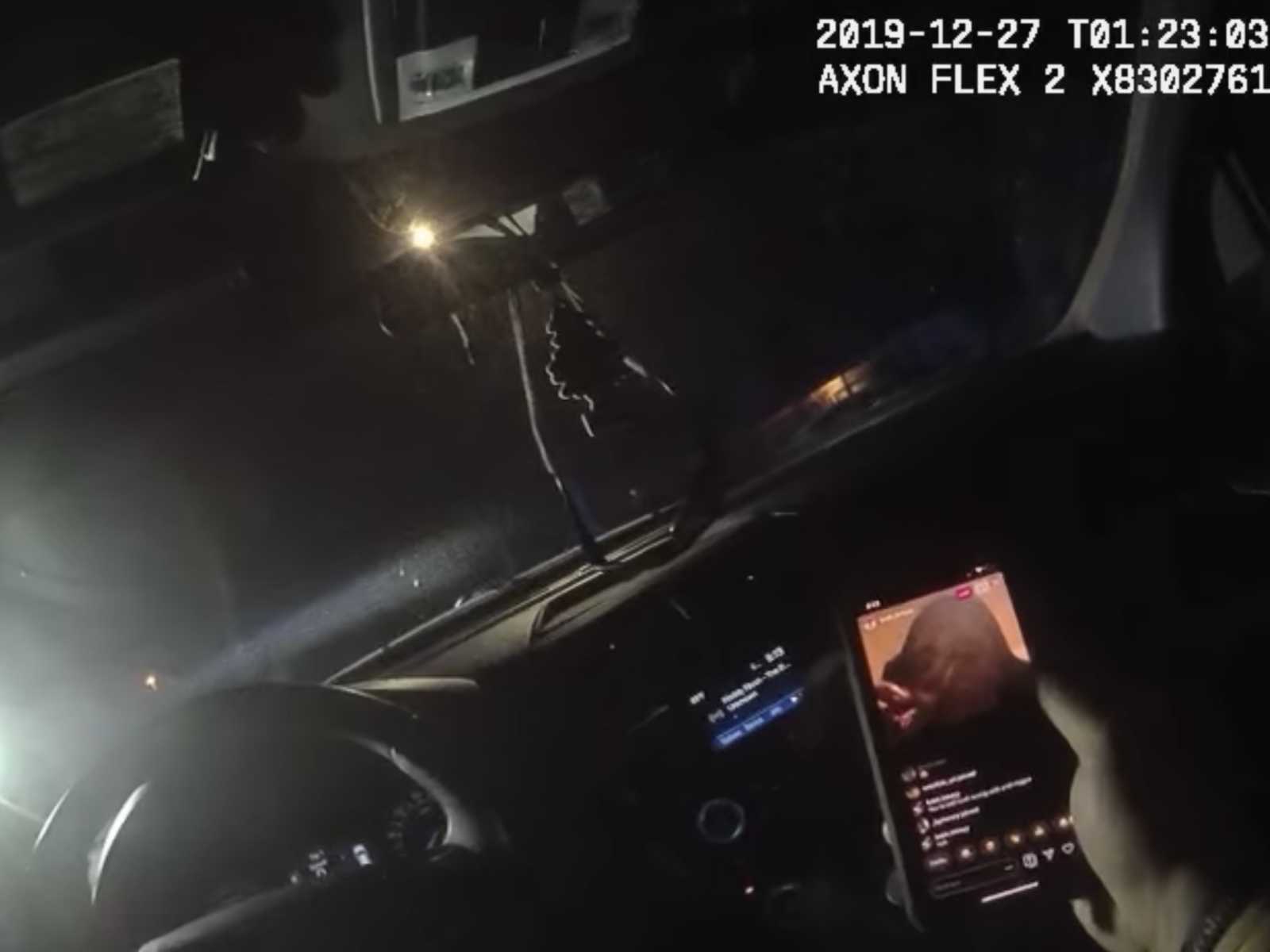 Kevin Gaines, Jr, 20, was wanted on charges of grand theft auto, resisting arrest, and driving on a suspended license, the sheriff’s department said. Additionally, he was wanted on several bond revocation warrants, including discharging a firearm from a vehicle, two counts of delinquent in possession of a firearm, fleeing or attempting to elude law enforcement and driving without a valid license.

Deputies got a tip on Thursday about the vehicle he was driving and found the car parked at an address in DeLand. Even better, Gaines was on Instagram at the time.

CASE UPDATE: *Caught on Instagram Live*Kevin Gaines Jr. was located and arrested this week by members of the Sheriff’s Office West Volusia Crime Suppression Team. Gaines was arrested Thursday night at 409 W. Beresford Ave., DeLand, after the Crime Suppression Team developed information about the vehicle he was driving, and a deputy spotted the vehicle at that address. Gaines was live on Instagram at the time, and in watching the video, Deputy Billy Leven could tell Gaines was inside the house. When he pointed his spotlight into the window, Deputy Leven could see the light show up in the live Instagram video shortly before it abruptly ended.Deputies and DeLand police officers surrounded the house, and Gaines surrendered and was taken into custody without incident.During a search of the house, three firearms were recovered, along with a fourth found underneath a vehicle in the driveway. Gaines was arrested on a charge of possession of a firearm by a delinquent, along with his warrants for grand theft auto, criminal mischief and no valid driver’s license, along with warrants for bond revocation on previous charges of discharging a firearm from a vehicle, two counts of possession of a firearm by a delinquent, fleeing or attempting to elude law enforcement and no valid driver’s license. He has no bond.The previous post from Nov. 16 is below:VOLUSIA DEPUTIES LOOKING FOR WANTED SUSPECT KEVIN GAINES JR. OF DELAND Tonight, members of the Volusia Sheriff’s Office are actively looking for 20-year-old Kevin Gaines Jr. of DeLand, who is wanted on several new charges in addition to bond revocation for previous weapons charges. Gaines is charged with grand theft auto, resisting a law enforcement officer and driving with a suspended license. He also has numerous felony arrest warrants for bond revocation for discharging a firearm from a vehicle, two counts of delinquent in possession of a firearm, fleeing or attempting to elude law enforcement and driving without a valid license. Gaines, who is known to carry firearms and should be considered armed and dangerous, was in the news last year after he was arrested in two separate crimes: an armed carjacking in Deltona in December 2018 and a drive-by shooting at an Ormond Beach skating rink in November 2018. There were 300 to 400 people at the skating rink at the time of the shooting; no one was injured, but a vehicle was riddled with bullet holes and a bullet went through the window of a nearby daycare center. Anyone with information about Gaines' whereabouts is asked to call the Sheriff’s Office non-emergency line at (386) 736-5999 or contact Crime Stoppers at (888) 277-TIPS; calls to Crime Stoppers remain anonymous and you may be eligible for a cash reward.

“Deputy Billy Leven could tell Gaines was inside the house,” the sheriff’s department said. “When he pointed his spotlight into the window, Deputy Leven could see the light show up in the live Instagram video shortly before it abruptly ended.”

DeLand police officers joined the deputies to surround the house, and Gaines surrendered without incident.

Investigators found four firearms, and Gaines got new charges of possession of a firearm by a delinquent.

The sheriff’s department released this video showing the arrest, including the deputies watching Gaines’ broadcast from inside their squad car.