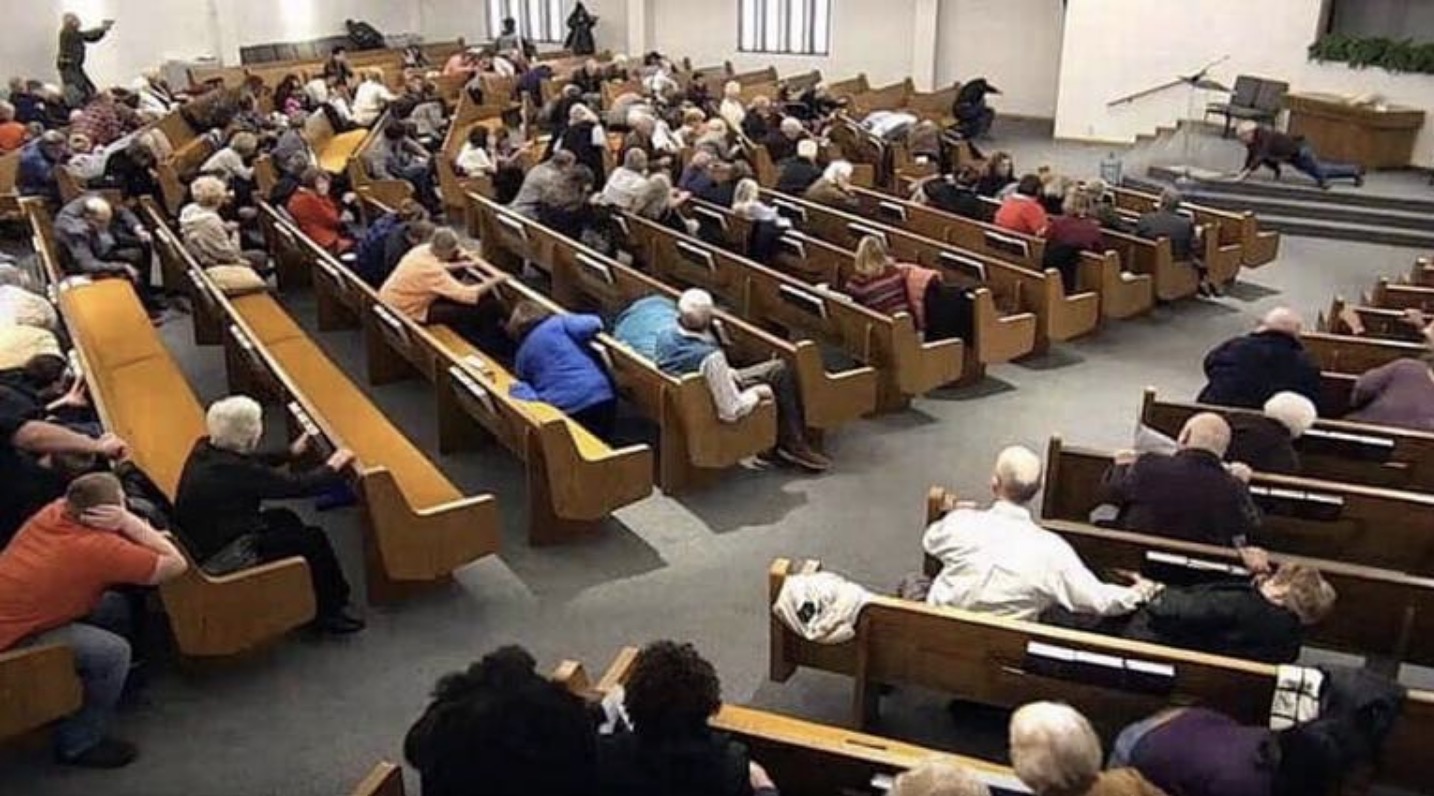 The Dallas Morning News said that the gunman and one congregant died at the hospital, according to MedStar spokeswoman Macara Trusty. A third person went into cardiac arrest on the way to the hospital and was resuscitated but later died.

Two other people were treated and released at the scene for injuries they received while ducking for cover during the shooting, Trusty said.

Authorities have not released the name of the gunman or those he killed.

“We are working very hard to find motive, to get to the bottom of what happened,” said Matthew J. DeSarno Special Agent in Charge of the FBI’s Dallas Field Office, according to NBC 5.

A livestream of the worship service at West Freeway Church of Christ in White Settlement showed a person in a large coat stand up as the congregation finished communion and pull out a shotgun. He fired twice before another person, reported by CBS DFW to be a former FBI agent and member of church security, shot him. Later, officials said two members of the church security team fired at the gunman.

The livestream of the service, which has since been removed, also shows people ducking under pews and others rushing toward the shooter with guns in their hands, WFAA reported.

The Fort Worth Star Telegram posted a copy of the video.

A church elder, Mike Tinius, told the Star Telegram he had never seen the gunman before and that the church security team had found him suspicious and was watching him.

Texas enacted a law in 2017 allowing churches to hire armed guards. Attorney General Ken Paxton later clarified that the law also allows licensed gun owners to carry in church if the church does not oppose it.