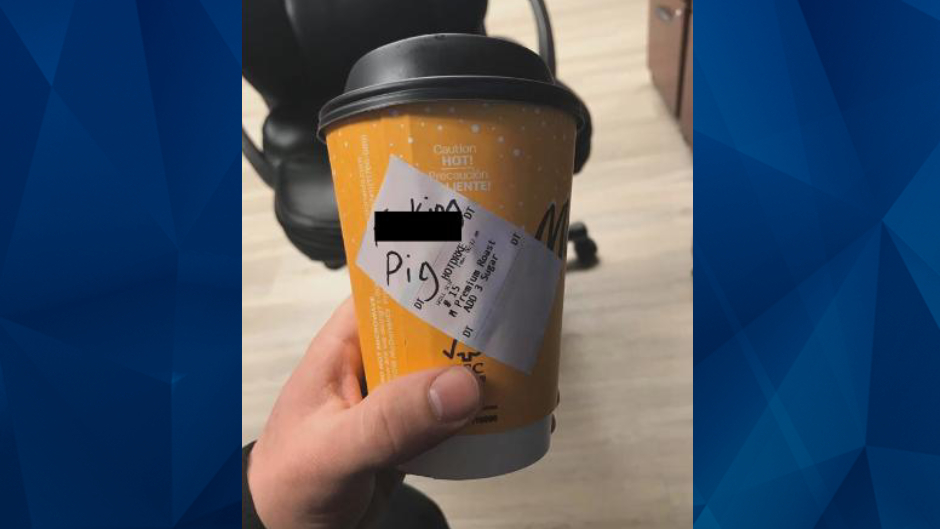 Police officials in Kansas announced on Monday that an officer has been fired for fabricating a story about a McDonald’s employee writing “f**king pig” on his coffee cup on Saturday morning.

Herington police chief Brian Hornaday said the 23-year-old officer’s actions left all of law enforcement with a “black eye.” WIBW reported that the officer claimed he received the note at a McDonald’s in Junction City, where he had ordered coffee before work.

The unidentified officer was said to have arrived at the police department when he noticed the derogatory note on his coffee cup.

LIVE: Herington Police Chief Brian Hornaday and McDonald's hold a news conference after an officer claimed a worker wrote an expletive on his coffee cup over the weekend.

Hornaday said he had been working with the local restaurant and had received surveillance footage from the day in question. A representative from the franchise reportedly told police that the footage proved that no employee wrote a note on the officer’s cup, according to the news station.

The unidentified officer had been with the police department for two months. Before that, he was a police officer in the Army for five years.

According to KSNT, the Geary County Sheriff’s Department and Junction City police visited the McDonald’s in Junction City on Tuesday to answer questions and speak with staff and customers.

Before the officer’s firing, Geary County police wrote in a Facebook post that they wanted to visit the location “as a show of faith in our community.” However, it is worth noting that the visit was planned before officials announced that the officer had fabricated the story.