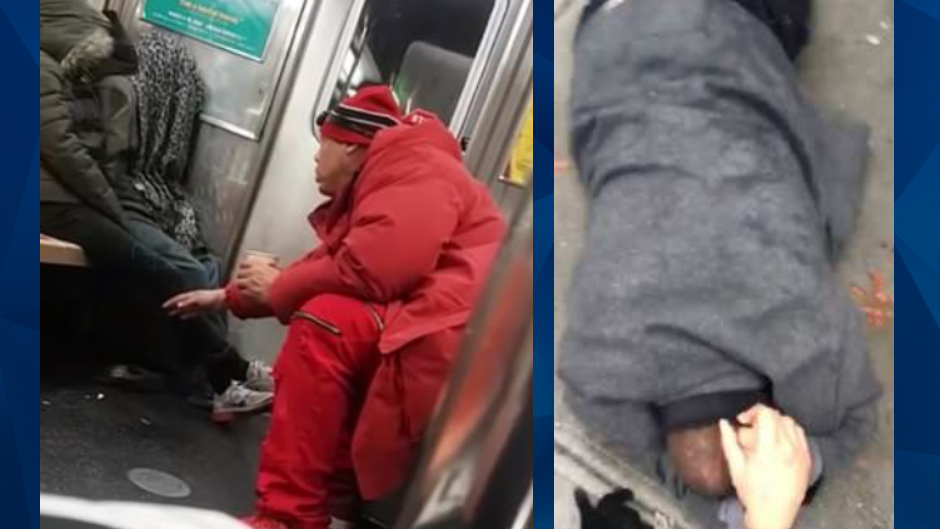 The New York Post reported that the video showed Sonny Alloway, 48, carrying a woman off the 6 train in the Bronx at around 2:35 a.m. He was reportedly filmed touching the sleeping rider’s leg and picking her up before she yelled. He then abruptly let her go and sat on a station bench as if nothing happened.

“Get the f**k up,” the victim told the sleeping man she was with.

***WARNING: The video below contains language that could be offensive to some viewers. Please use discretion.***

targets!! Our women have always been the most disrespected and Unprotected but Now the visibility of those Facts has Me Sooo Angry and Sad That theres is No way for me to sit by and do Nothing!! 2020 will be a New Year and This Year will begin Will Kings Reclaiming our throwns, and I believe our first order of business has to be #KingsProtectingOurQueens !! In this week alone I've seen 2 black women killed and This Young woman damn Near abducted in Broad day!! I am looking For at least 100 Men in each State to join This coalition #KingsProtectingOurQueens which will be The beginning of the end of the blatant devaluing of our women!! This is a disgrace and Males like this should understand the consequences of disrespect of our women!! Stay tuned for Next Steps!!

The man is heard asking the woman who snatched her. The video ends with Alloway silently walking away from the subway train.

Law enforcement sources told the New York Daily News that Alloway had been arrested for unlawful imprisonment and had confessed to Sunday’s incident. However, the sources said Alloway was released after the Bronx District Attorney postponed prosecuting him while authorities investigate the case and try to locate the victim.

Since then, Alloway told the Daily News that he was rescuing the unidentified woman from her abusive boyfriend and her own drug use. He recounted putting the woman down on the platform after hearing her scream for help.

“So I’m sitting there now,” the father-of-five said. “I’m confused. I’m like ‘What the hell is going on?’ Why is this girl screaming ‘Help! Help! Help!’ when she just said she wanted to get off of this train?”

Alloway claimed he has been assaulted on three separate instances due to the viral video. In one video posted to Instagram, a pedestrian calls Alloway a “rapist” and spits on him before a group attacks him.

It is unclear when Alloway is scheduled to appear in court.

Referring to his attackers, Alloway told the Daily News, “I definitely want to put a boxing match together. Any of them  who wants to step in the ring with me, if they can knock me out they’ll get $5,000.”

***WARNING: The video below contains language that could be offensive to some viewers. Please use discretion.***

#Bx Our women Are Off Limits!! #KingsProtectingOurQueens