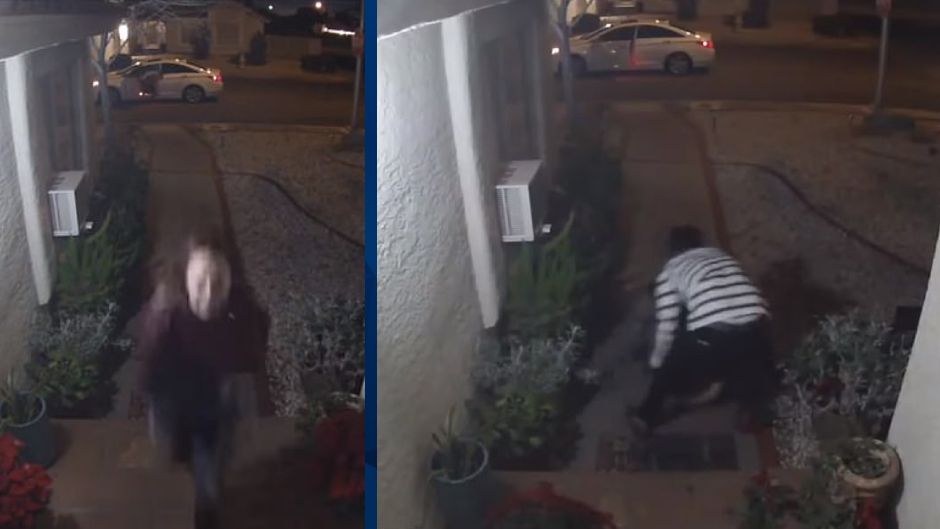 KSNV reported that suspect Darnell Rodgers, 23, was arrested Thursday on kidnapping and domestic battery charges in connection with a filmed incident which occurred on New Year’s Day.

Authorities in Nevada are seeking leads after receiving surveillance footage which apparently shows a man violently kidnapping a woman on New Year’s Day.

According to NBC News, a Las Vegas resident’s Nest doorbell camera recorded the apparent kidnapping at 12:48 a.m. During the video, the woman is seen running out of a white Hyundai Sonata and towards a front porch before knocking on the front door.

Moments later, a man is spotted running up to the woman, pushing her to the ground, and kicking her. He is then seen dragging the woman to the car.

“Why would you f**king do that?” he is heard asking before demanding the woman to get back in the car.

The whereabouts of the man and woman seen in Wednesday night’s surveillance footage remains unknown.

According to the report, police estimate the victim is in her 20s. They said she was wearing blue ripped jeans, a dark-colored long-sleeve shirt, and dark boots.

Police said they believe the kidnapping suspect is about the same age as the victim. At the time of the incident, he was wearing a white shirt with dark-colored horizontal stripes, dark-colored pants, and brown dress shoes.

Anyone with any information about Wednesday’s incident should call the Las Vegas Metropolitan Police Department at 702-828-3111 or Crime Stoppers at 702-385-5555.