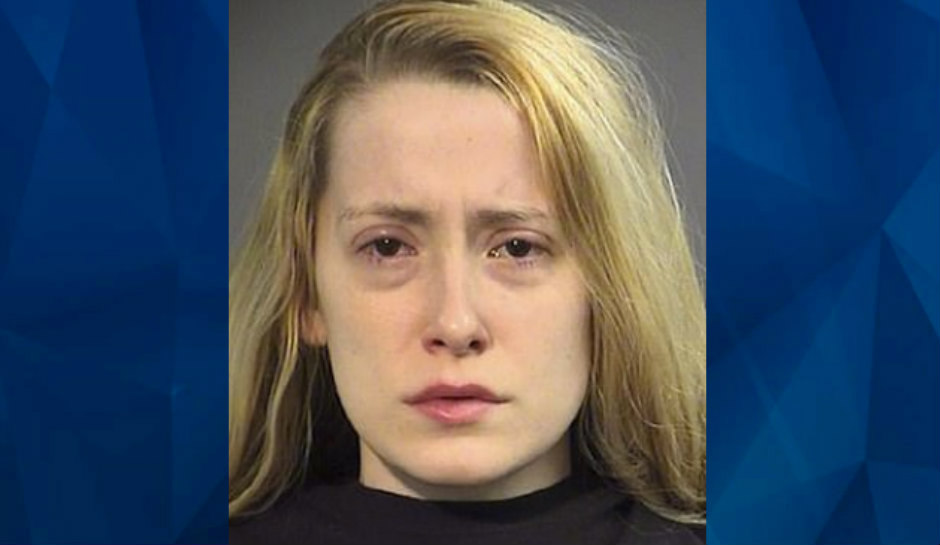 Killer actress charged with possession of heroin in jail: Reports

An Oregon writer-actress who played a character in a film that eerily mimicked the real-life murder charges she’s facing has now been charged with possession of heroin in jail.

Aisling Tucker Moore-Reed, 30, was accused of shooting her uncle, Shane Reed, by the doorway of a Jackson County home in 2016. Moore-Reed claimed she acted in self-defense, but police later found cell phone footage of the shooting and upgraded the charges to murder, as CrimeOnline previously reported.

According to KTVL, Moore-Reed was also charged with supplying contraband. The new charges stem from a contraband search of Moore-Reed’s bunk and belongings on January 1.

Moore-Reed was initially charged with manslaughter in Shane Reed’s death, pleaded not guilty, and posted bond. While she was out on bail, she filmed “From the Dark,” a horror film from the Oregon indie producer Siskiyou Productions, playing Valerie Faust, who ultimately shoots and kills another character in a similar manner. The production company said it had no idea of the charges against her when it cast her in the film and that she used the name “Wynn Reed” to audition.

As production wrapped up in September 2018, police found the cell phone footage Moore-Reed herself had shot on the day of the shooting. Five days after the film wrapped, she was arrested and charged with murder, again pleading not guilty.

According to the Washington Post, the fatal real-life shooting occurred while the family disputed over an Oregon house that belonged to Shane Moore’s elderly mother. Shane Moore reportedly had a notary certify his mother’s signature on the house deed. The same day, Moore-Reed shot him.

Shane Moore allegedly assaulted the suspect in 2016, which subsequently resulted in Moore-Reed obtaining a restraining order against him. She alleged that the man violated the order when he walked into his mother’s home while Moore-Reed was there, as seen in the cell phone footage.

Shane Moore’s sister and Moore-Reed’s mother, Kelly Moore, who is a lawyer and author, was also in the home at the time.

Within minutes, Moore-Reed shot Moore in the chest as he stood inside the doorway. A neighbor attempted CPR on the victim while Kelly Moore called 911 and said her brother had been “threatening us for months.”

Afterward, while still holding her cellphone and recording, Moore-Reed began to cry.

Shane Moore, however, was indeed dead. He died at the scene, according to first responders. Kelly Moore said that her daughter acted in self-defense.

“Mr. Moore was barely even in the door when he was shot, and he was shot in the chest, and it was pretty close range,” Greif said during a court hearing in January 2019. “She was angry that he wasn’t dead. And to me, that says that kind of nailed down the evidence for me.”

Meanwhile, Siskiyou Productions,  the team that created the horror film, posted an apology on Facebook for the film’s delay, which was initially scheduled to premiere on Halloween this year.

“Please, do forgive us. We are trying our best to make a release of this film happen, but we don’t want to hurt anyone in the process……We thank you for your patience and hope you enjoy all of the hard work we have done.”

Moore-Reed, who also writes under the pen name “Tucker Reed,” is scheduled to go on trial in May, KOBI said.