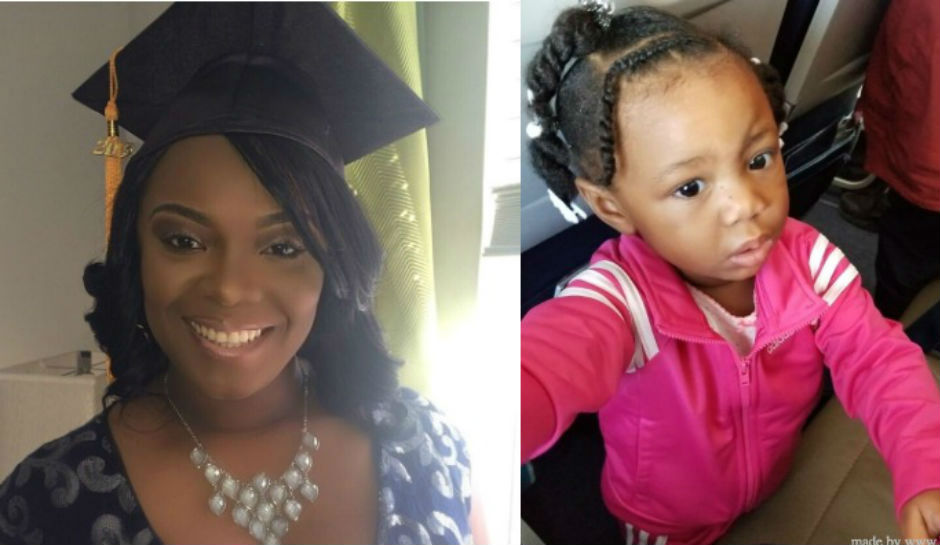 Mom found dead with toddler daughter in house fire was victim of murder-suicide; husband told her he was planning to kill her in her sleep: Report

The mother, her 2-year-old daughter and girl’s father were all killed in an apparent murder-suicide

A family member of a murdered Ohio mother says the victim had been threatened and abused by her husband for years, WSYX-TV reports.

Authorities believe that on Wednesday, 33-year-old Nerissa Distin and her 2-year-old daughter, Serina Morris, were murdered by 42-year-old Gary Morris, who was Distin’s husband and the girl’s father, according to the Columbus Dispatch.

Firefighters discovered the family’s bodies after their home exploded and erupted in flames.

While police say there had been no previous calls for service at the residence before the killings, Distin’s cousin, 35-year-old Kara Whyte, told WSYX-TV that Nerissa was in fear of Gary.

“He deliberately told her a couple months back that he was thinking of how to kill her in her sleep then kill himself,” Whyte told WSYX-TV.

Whyte recalled a text message she received from Nerissa early one morning in December.

“She said ‘Kara, Gary tried to stab me in front of Serina,’” Whyte told the television station. “She said it’s like every time he put his hand on the knife it is like God is holding his hand.”

“I told her not to go back. She said she was finished. That is the last straw,” Whyte added.

After that incident, Nerissa told Whyte that Gary had started therapy and that the last session had been just prior to Christmas. Nerissa was also going to go to the therapy session, Whyte said.

“She always said he would kill the baby just the same because he didn’t want to leave her,” Whyte told the television station. “He would say the baby is his life. He was thinking like, to leave her (baby) without her mom and him, it doesn’t make sense I don’t know, or he doesn’t want anyone else to raise her. Why kill the baby? It’s just, just so inhumane.”

Whyte believes the tragedy could be a wake-up call for other people who are victims of domestic violence that they must seek help.

“Once you are in a relationship and it starts to get abusive, you should leave,” Whyte told WSYX-TV.

Authorities have not yet released the way Nerissa and Serina died, and the cause of the explosion and fire is still under investigation.

“It’s like a whole part of me is gone,” Whyte told the television station.