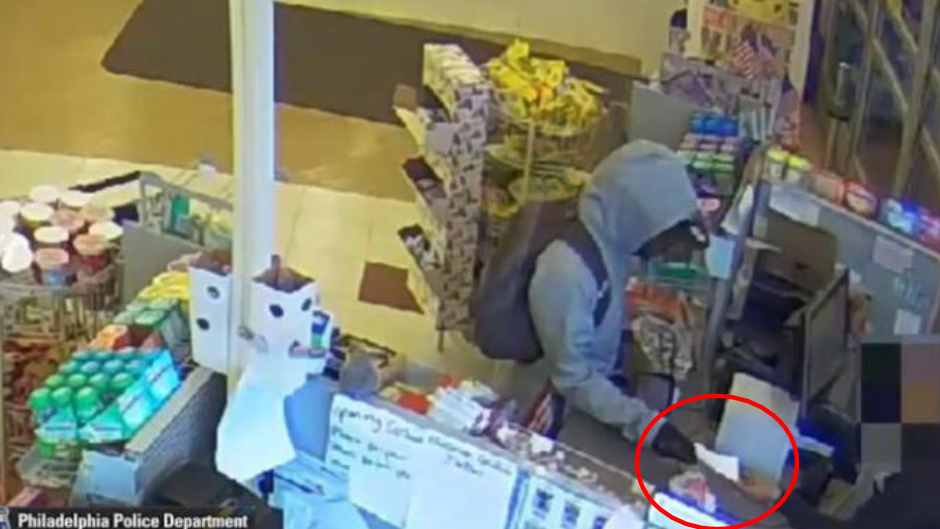 Authorities in Pennsylvania are looking for a man who they said robbed a convenience store last week.

The Philadelphia Police Department released surveillance footage taken at a Rite Aid on January 3 at 11:57 a.m. An unknown man entered the store and appeared as if he was going to make a purchase before he allegedly gave a cashier a note stating, “Give me all the money. I’m sorry, I have a sick child. You have 15 seconds.”

The cashier is seen putting money from the register into a plastic bag. The suspect is spotted leaving before turning around and demanding more money from the cashier, who complies. He apparently then tells the cashier “thank you” and leaves.

Police said the man took an undetermined amount of money. No injuries were reported and the surveillance footage does not show him brandish a weapon.

Authorities described the robbery suspect as being 30- to 40-years-old and 5 feet, 10 inches tall. He reportedly has a mustache or goatee and was wearing a gray hooded jacket, denim jeans, black sneakers, black or gray gloves, a dark-colored baseball cap, and glasses.

Anyone with information regarding the suspect’s whereabouts or identity is asked to Philadelphia police’s Northwest Detective Division at 215-686-3354/3355.