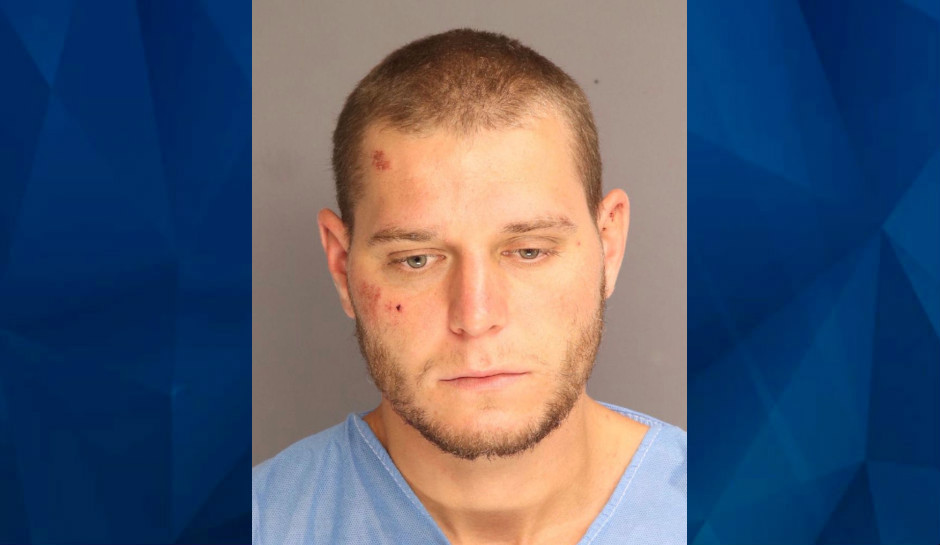 One Port Authority police officer was hospitalized with four broken ribs when he fell off a portable stairway while trying to arrest Matthew Dingley, 28.

The incident apparently started in the air, as the flight was preparing to land, when Dingley allegedly charged at the cockpit door.

“This guy was in a full sprint, right up to the cockpit, hits the cockpit, starts banging on it,” Mike Egbert, a passenger aboard the flight, told NBC New York.

A flight attendant tried to intervene. “A slight woman, petite, and this guy was clocking her,” Egbert said.

Another passenger joined the fray and brought in under control — temporarily.

Once the plane was on the ground and Port Authority officers arrived to arrest him, Dingley reportedly charged them as well.

“He picks up a police officer, throws the police officer … ,” Egbert said. “If he did actually get into that cockpit, lord knows what would have happened.”

The flight attendant and the officers were transported to a hospital, where all but the officer who fell off the stairs were treated and released.

Dingley was previously arrested in Duck, North Carolina, in 2016 on charges related to a stolen vehicle and fleeing from police, according to WTKR. NJ.com said inmate records show he was jailed for a about a year in that case, and a year later was convicted on a drunk driving charge in upstate New York after a traffic accident.