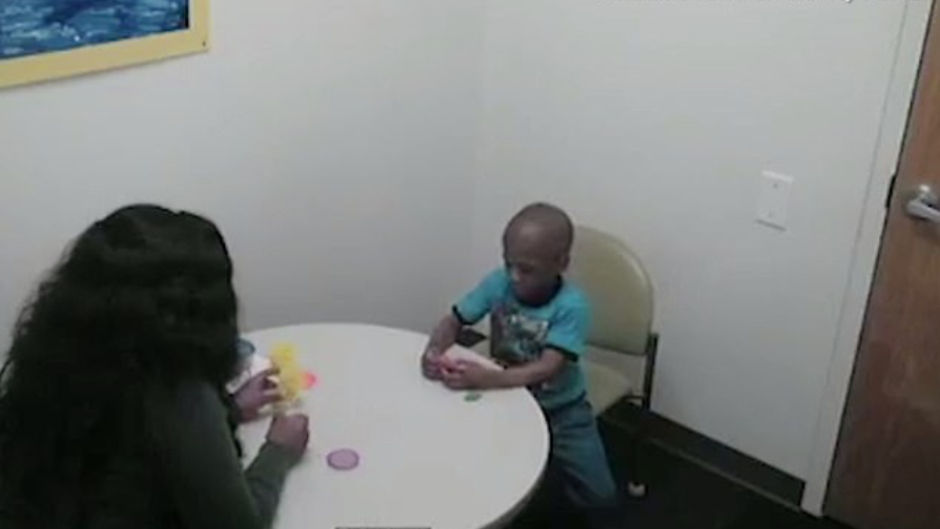 The boyfriend of six-year-old Zymere Perkins’s mother was found guilty Wednesday for beating the boy to death after he defecated in the living room.

Ryshiem Smith, 42, was found guilty of second-degree murder, first-and second-degree manslaughter and two counts of endangering the welfare of a child by a Manhattan jury. His sentencing is scheduled for March 27.

Little Zymere’s mother, Geraldine Perkins, pleaded guilty to manslaughter in exchange for her testimony against Smith at the trial. She will serve two to six years in prison.

Zymere Perkins reportedly had 30 rib fractures at the time of his death. Postmortem photos of his thin body reportedly showed torso scarring and grab marks on his wrists. An examination determined he suffered widespread hemorrhaging underneath his skin due to the repeated beatings.

During Smith’s trial, a medical examiner previously testified that the 4-foot tall victim weighed 35 pounds and looked younger than his age. She also explained that an autopsy revealed he had a layer of fat that was no more than a millimeter thick, indicating he was severely malnourished.

The boy slept on a makeshift bed in the living room of his roach- and maggot-infested home. Prosecutors said his mother and her boyfriend withheld food as punishment — causing him to become so desperate he would eat out of the garbage.

On the day he died — September 26, 2016 — Geraldine Perkins, 29, reportedly watched as Smith battered her son with the sharp end of a broomstick and dumped his lifeless body into a cold shower before continuing to beat him with a shower rod.

Prosecutors said they believe the boy died shortly after Smith hung him by his wet clothes on a hook on the bathroom door. Smith allegedly then pulled the boy off the hook and hurled him into a bedroom wall.

Geraldine Perkins reportedly left to get food and waited hours before taking her dead son’s body to the hospital. Last week, she revealed she spent 10 minutes putting on her makeup and a wig before getting her medical attention for her son.

“The death of Zymere Perkins was an unthinkable tragedy that sent shockwaves through the city and inspired a reckoning with how our social services system works to protect New York’s most vulnerable,” Manhattan District Attorney Cy Vance said after the verdict on Wednesday. “Zymere was an innocent and helpless 6-year-old boy who suffered unconscionable, ongoing violence at the hands of Rysheim Smith. Now, a Manhattan jury has rightly held the defendant accountable for this horrific murder.”

Three ACS workers were fired and the agency’s commissioner resigned in light of Zymere Perkins’ death. The investigation revealed that ACS closed an investigation before adequately verifying allegations of severe discipline involving him. The agency was also accused of essentially overlooking as many as five welfare reports pertaining to the slain child.

See more about this case from CrimeOnline.

For the latest true crime and justice news, subscribe to the ‘Crime Stories with Nancy Grace’ podcast. Listen to a related episode