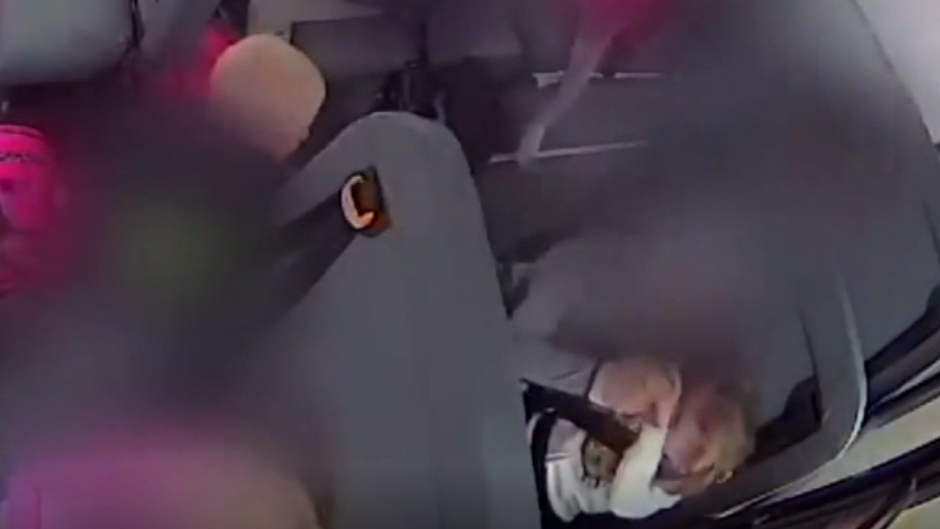 Audrey Billings reportedly received a 13-minute video last weekend which depicts an assault involving her daughter, Alexis, and three children. Billings told KXAS that she paid $600 to obtain the school bus footage, which had her daughter’s tormentors’ faces blurred.

The video appears to show an older child assault Alexis while sitting next to her. Another student reportedly joins in from behind while the first student moves closer to her and to slap her. At one point, one of the students poked Alexis with a pencil and placed her in a chokehold, according to the news station.

Billings’ daughter is heard calling out to the bus driver, who does not intervene. The video reportedly also shows the 5-year-old hitting back, which her mother described as self-defense.

Billings told WFAA that she contacted the Dallas Independent School District after her daughter claimed students were hurting her during the 45-minute commute home from school. The mother claimed that the three students filmed assaulting her daughter attended a different elementary school.

While the mother wants the unidentified driver fired, a spokesperson for the school district told the news station that he was moved to a different route. The spokesperson also said that the students involved in last year’s incident were disciplined. However, it is not immediately known what their punishments entailed.

Alexis reportedly no longer rides the bus. According to WFAA, her family is exploring their legal options — including whether to press charges.