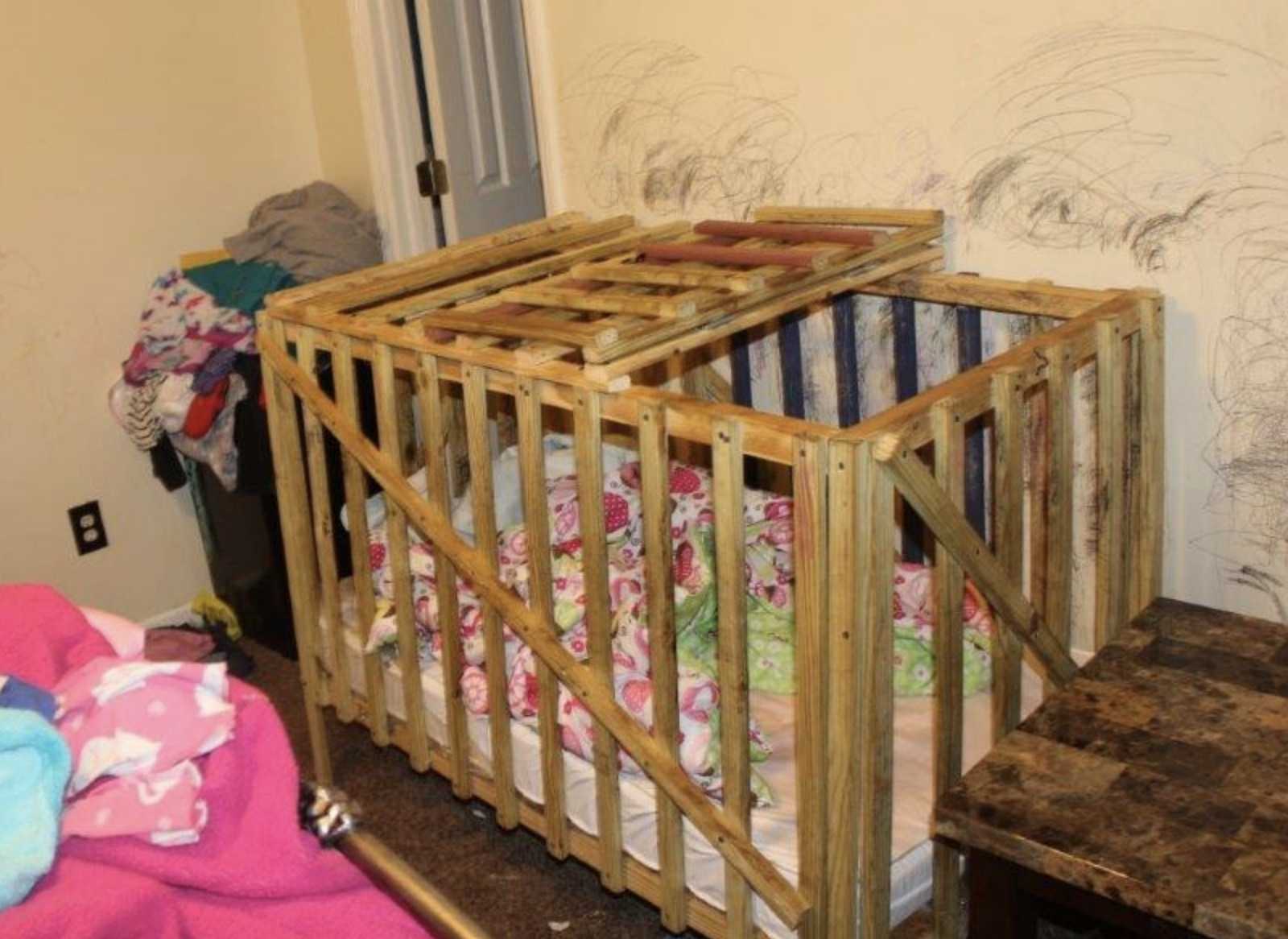 Three people were arrested this week after deputies conducting a welfare check at a home in eastern Alabama found wooden cages and “evidence that the children had been locked in the cages on multiple occasions,” according to the Lee County Sheriff’s Office.

Five children lived in the home in Smiths Station, a rural community not far from the Alabama-Georgia state line. Four of them — aged 3, 4, 10 and 11 years old — were present when deputies and representatives from the Lee County Department of Human Resources (DHR) arrived for the welfare check on January 13. The fifth child, an 8-month-old infant, was not present. All five are now in the the custody of the DHR.

WTVM reported that Mann is the mother of all five children, and the Bonds are either their grandparents or great-grandparents, according to Lee County Sheriff Jay Jones.

Deputies said there were two wooden cages at the residence, both with hasps and locks.

[Featured image: One of the wooden cages found at the home/Lee County Sheriff’s Office]