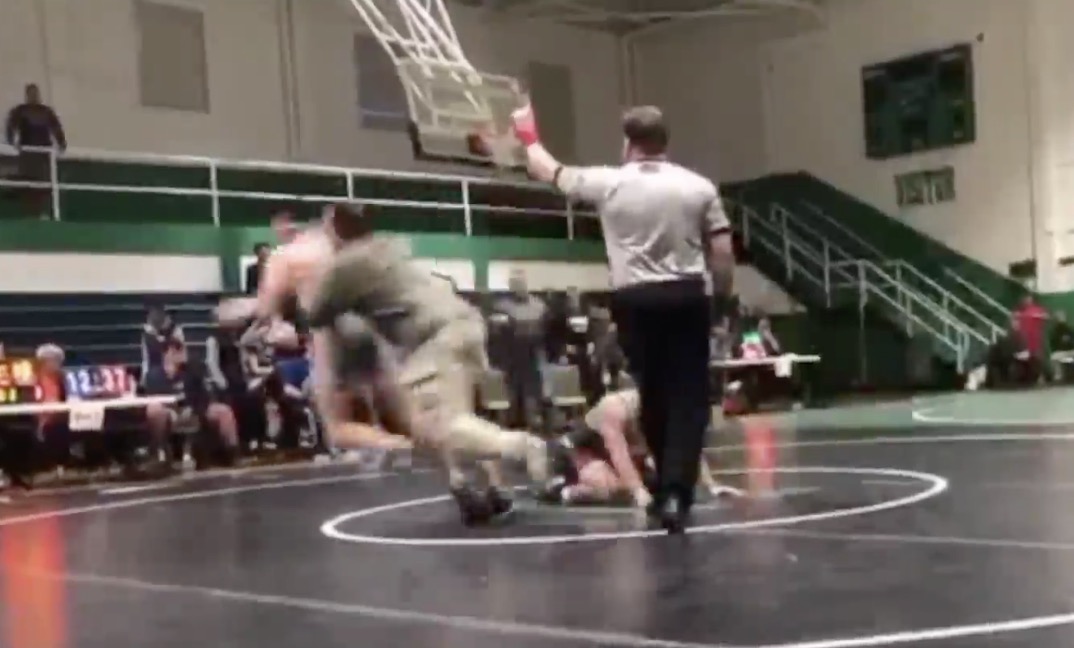 A high school wrestling match in Kannapolis, North Carolina, erupted in chaos Saturday when a father raced onto the mat and slammed his son’s opponent to the floor after the referee signaled he’d made an illegal move.

Barry Lee Jones of Harrisburg was arrested and charged with simple assault and disorderly conduct in the incident, Fox 8 reported.

The student he tackled was from Southeast Guilford High School. He was not injured. Jones’s son was on the Hickory Ridge High School team.

A witness told the Kannapolis Independent Tribune that the move called illegal by the referee, in which the South Guilford wrestler picked up Jones’s son and slammed him to the mat, is called the ‘Suplex.’

“I was watching my brother wrestle on a completely different mat, and then I looked over and saw a guy run from the stands down onto the mat and tackle this kid that his son was wrestling against,” the witness said. “I’m pretty sure it all started because the kid did pick up his son and slam him on the mat.”

Other parents rushed onto the mat to separate Jones from the wrestler in the aftermath of the attack.

The Southeast Guilford team posted a letter on its Facebook page it said came from parents of the Hickory Ridge team apologizing.