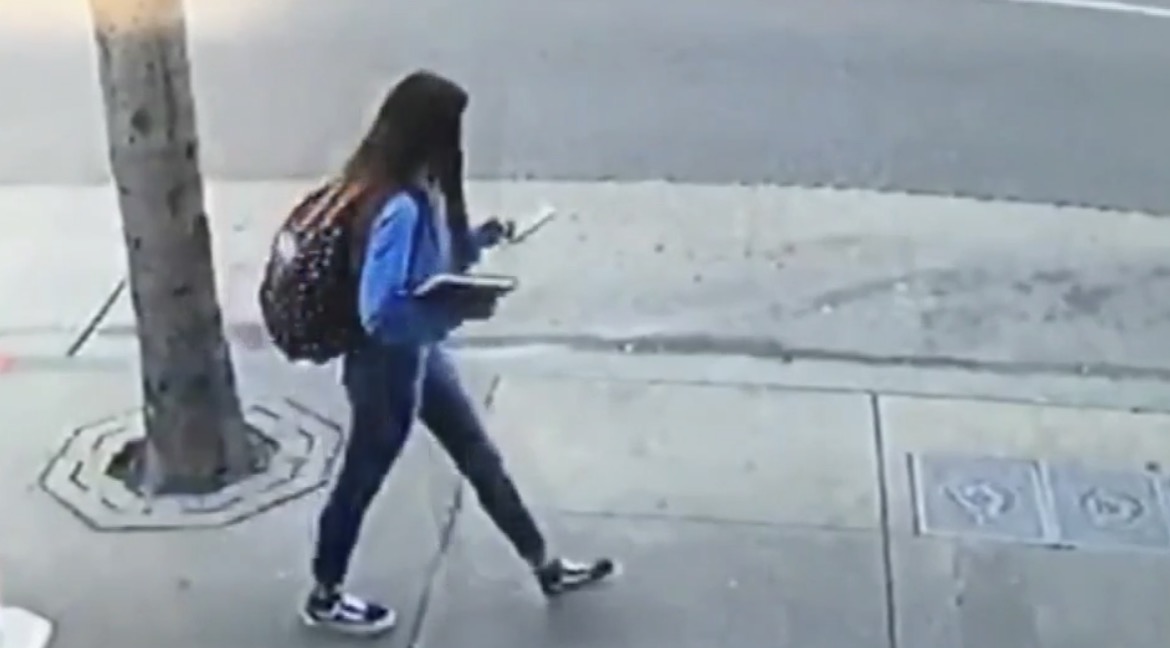 FOUND ALIVE: 17-year-old girl messaged mom about man ‘trying to talk’ to her from car as she walked home from school

ABC 7 reports that Emily Suarez has been found alive.

Police are looking for a 17-year-old girl who vanished Wednesday morning after allegedly sending a text to her mother that “a man is trying to talk to me” as she walked along a street in downtown Alhambra, California.

Suarez’s uncle told ABC 7 that the last time she was heard from was the text message to her mother about the man she said was talking to her from a car. At the time, Emily was returning home from a morning class at the school.

“That is a cause for great concern,” police Sgt Steven Carr said. “Typically, adolescent missing persons fall into a runaway category. … In this case, what’s troubling for us is we have not found concrete evidence that Emily has run away.”

Carr said investigators have spoken with her boyfriend, who was in class when she disappeared and has not heard from her.

ABC 7 said Suarez is about 5 feet tall with brown hair and eyes and was last seen wearing a baby blue sweater, green tank top, and blue jeans. She also has a small heart tattoo on a ring finger.