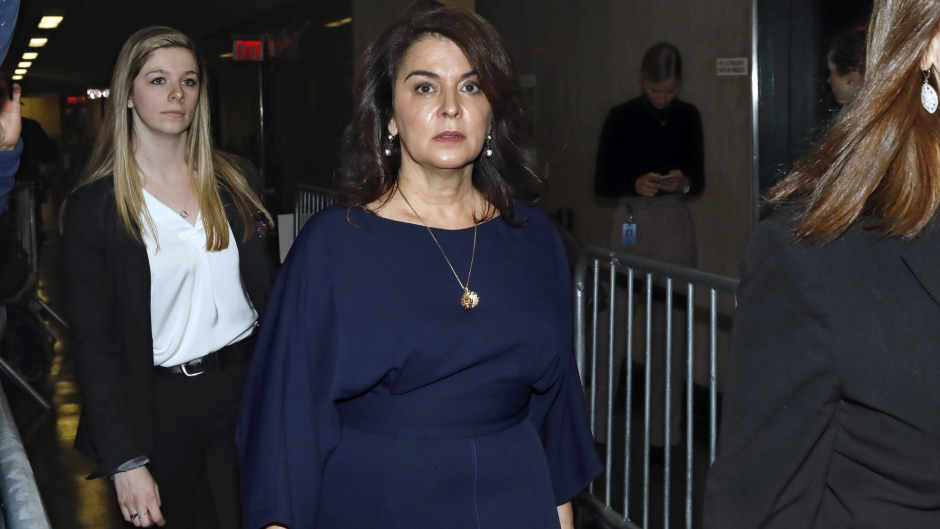 The New York Post reported that Sciorra, 59, has accused Weinstein, 67, of raping her in her Manhattan apartment in 1993 or 1994. Before the alleged assault, Sciorra said he sent her two care packages in the early 90s. The first one reportedly contained movies, licorice, popcorn and a bottle of Valium. The second was said to be a box of penis-shaped chocolates.

“I thought it was disgusting and inappropriate,” the actress testified.

According to NPR, Sciorra and Weinstein met at a party in California sometime in 1990. Sciorra said she did a table read for a script of Weinstein’s. She said Weinstein was insistent that she participate in the project — and threatened to sue her when she refused.

Sciorra is the first of six women to testify that Weinstein sexually assaulted or raped them. She claimed that after a party with other film executives, Weinstein drove her to her apartment. She recounted getting ready for bed when Weinstein returned to her home, forced his way inside, and checked to see if she was alone.

Sciorra recalled asking Weinstein to leave before he put his hands on her as she yelled and fought.

“My body shut down. It was just so disgusting that my body started to shake in a way that was unusual. I didn’t really even know what was happening. It was like a seizure.”

Weinstein is facing rape and predatory sexual assault for incidents involving two women in 2013 and 2006. Earlier this month, authorities in California filed rape and sexual assault charges against the producer.