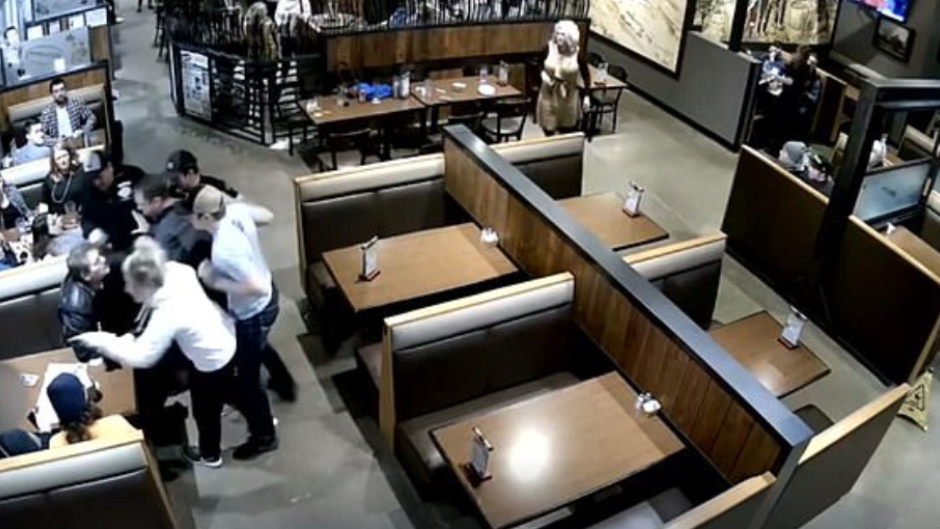 A high school teacher in Oregon was placed on administrative leave after she allegedly confronted and verbally abused a sexual assault victim at a restaurant on Friday night.

The Keizer Police Department said in a Facebook post that Trisha Ebbs, 50, approached the 20-year-old woman at Hops N Drops in Keizer. At the time, Ebbs was reportedly with the parents of a 21-year-old man who was convicted of sexually assaulting the woman in 2017.

Surveillance footage apparently shows Ebbs aggressively approach the woman, her father, and another person sitting at the table when the father pushes her away. Investigators said a group of people stormed up to the woman’s father and shoved him as restaurant employees hauled Ebbs away.

Though the video does not include audio, investigators said Ebbs hurled “various expletives” at the sexual assault victim about the 2017 crime. Citing witnesses, police said Ebbs was “on top” of the victim, her father, the other person at the table.

Ebbs was ultimately charged with disorderly conduct. A Salem-Keizer Public Schools spokesperson confirmed to KPTV that Ebbs is a health teacher at North Salem High School. The spokesperson said that she has been placed on leave as of Monday.

District officials said Ebbs’ husband, who is a teacher McKay High School, was also placed on leave. He is not facing any criminal charges, and it is unclear whether he was present during Friday’s incident.

Ebbs was released from custody on her own recognizance. A preliminary hearing is scheduled for February 25.