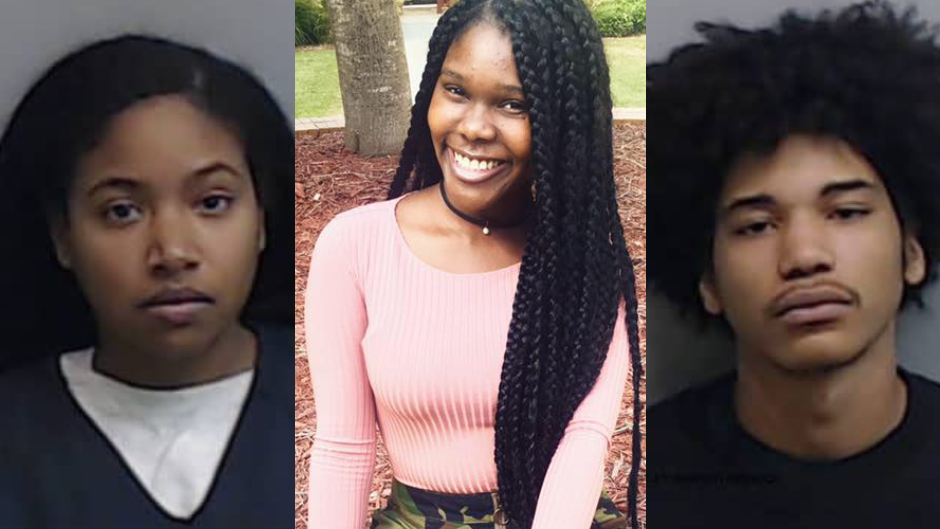 A grand jury in Atlanta handed up an indictment on Friday for a couple accused of killing 21-year-old Clark Atlanta University student Alexis Crawford last November and dumping her body in a park, the Atlanta Journal-Constitution reported.

Barron Brantley, 21, and his girlfriend Jordyn Jones, 21, were indicted on two counts of felony murder and one count each of murder, aggravated assault, false imprisonment, and concealing the death of another, the paper said. Additionally, Brantley was indicted on one count of aggravated sodomy for allegedly sexually assaulting Crawford five days before her death, the Fulton County District Attorney’s Office said.

Crawford was reported missing on November 1 by her family, who said they last heard from her on October 30. Police questioned Jones, who was Crawford’s roommate, and Brantley while detectives searched the area.

Finally, on November 8, Brantley and Jones led investigators to Crawford’s body in a park in Decatur, a city bordering on Atlanta’s east side, Atlanta Police Det Michael Young said in court last November.

Young said that Brantley admitted to choking Crawford after she and Jones got into a fight on October 31. Jones put a plastic bag over Crawford’s head and held it there until she stopped breathing, as CrimeOnline previously reported. The couple allegedly told detectives that they wrapped Crawford’s body in a blue blanket and bound her hands and put her into a plastic bin, he said. They shoved the bin off the top of a hill in Exchange Park.

Crawford was reportedly found nearly naked in her bathroom. She told her roommate that she could not recall Brantley being in the bathroom with her before she lost consciousness, according to the police report. Crawford was hospitalized and a rape kit was administered. She vanished three days later.

Jones and Brantley are being held at Fulton County jail with no bond.