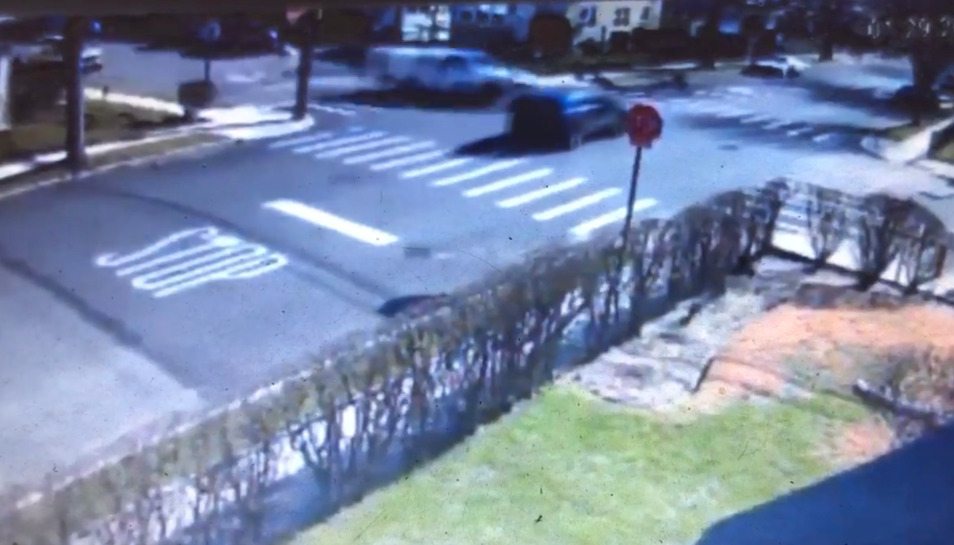 SEE IT: Teens steal truck delivering Meals on Wheels, crash it into home

A 19-year-old woman was arrested this week after police say three teens stole a Catholic Charities truck Wednesday morning and went joyriding before blowing through a stop sign, hitting an SUV, and flipping the truck, which sailed into a home.

The spectacular crash in Queens was caught by home security cameras. Incredibly, no one was killed, ABC 7 reported.

Update on the stolen truck in St AlbansPolice reported three teens stole a Meals on Wheels truck, hit a vehicle and overturned. Two teens took off and the driver suspect is in custody after investigation. Originally, they told police they were delivering meals and got into an accident. This happened around 11:30am on 119th Avenue and 191 Street in St Albans. Two victims from the other vehicle is in serious condition at a local hospital. Ongoing investigation.

Police arrested Tannecia Dunn when she returned to the scene to retrieve her cell phone. She’s been charged with criminal possession of stolen property and unauthorized use of a vehicle. Two other teens fled the scene; they’re believed to be males. Police said it wasn’t clear who was driving.

The truck’s driver, 63-year-old Balroop Primal, left the truck running at about 9:15 a.m. on Wednesday.

“I thought the truck was locked so I went up,” Primal said. “You know I do it every day, six days a week. And by the time I come downstairs less than 10 minutes, the truck was gone.”

Primal reported the stolen vehicle and was ticketed for leaving the truck running. He got a replacement vehicle, restocked it, and finished making his deliveries.

More than two hours later, the joyride ended with debris spread across the lawns of two homes in the St Albans neighborhood. The 21-year-old driver of the other vehicle and a passenger were taken to a hospital, where one was listed in critical condition, the NY Daily News reported.