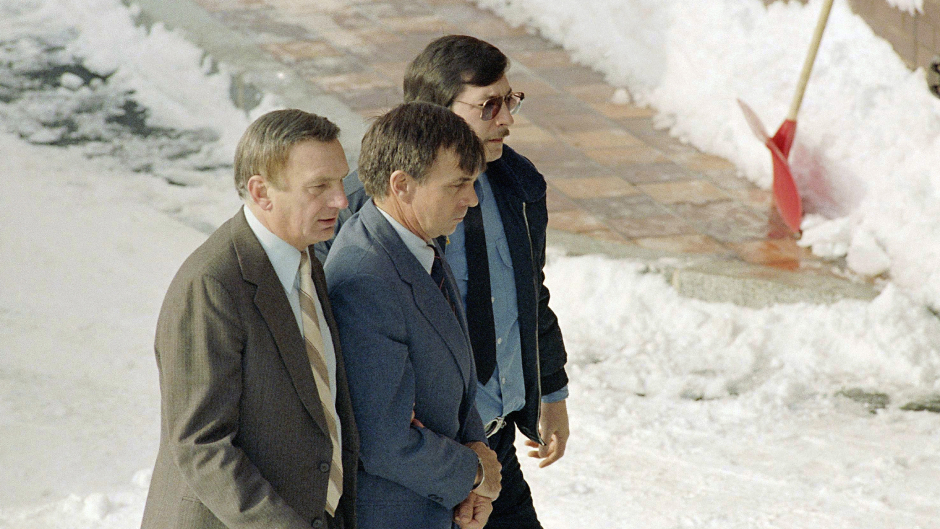 A Connecticut man sentenced to 50 years in prison for killing his wife and using a chain saw and wood chipper to dispose of her body was freed from prison nearly 20 years early.

According to the Hartford Courant, Department of Correction (DOC) spokesperson Karen Martucci said Friday that Richard Crafts, 82, is living at a halfway house for veterans. Martucci explained that Crafts’ early release was due to a now-defunct law called “statutory good time,” which takes time off inmates’ sentences for good behavior and working a job.

Crafts has been incarcerated since his arrest in 1987. He was sentenced to 50 years in prison in January 1990.

Officials had to apply the “statutory good time” law in this instance because Crafts was sentenced before the law was changed. Martucci said he would not have been eligible for a reduced sentence had the law not been in place, according to the Hartford Courant.

Crafts was found guilty of killing his wife, Helle, in November 1986. He was the first person in Connecticut to be convicted of murder without a body. His first trial ended with a hung jury.

Crafts, a pilot, put his wife’s frozen remains in a wood chipper in an attempt to destroy evidence of her slaying. He also discarded the freezer that he bought a day before killing his wife.

At the time, Crafts claimed his wife had vanished while visiting a friend in the Canary Islands.

Witnesses had spotted the wood chipper and the truck Crafts used to haul it days after the murder. Crafts had claimed that he was using the wood chipper to clear some limbs that were downed during a storm which occurred days earlier, but no limbs had fallen on his property, according to the newspaper.

While searching underwater near a steel bridge in Newtown, police found a chain saw and a saw blade which contained the victim’s hair fragments, tissue, and blood. The victim’s trace remains were introduced as evidence during Crafts’ trial, according to The Newtown Bee.

The Newtown Patch reported that Crafts is slated to be out of DOC custody no later than July 20.

Martucci said, “Based on his sentence and without this period of supervision, Craft would not have had any assistance transitioning back to the community.”