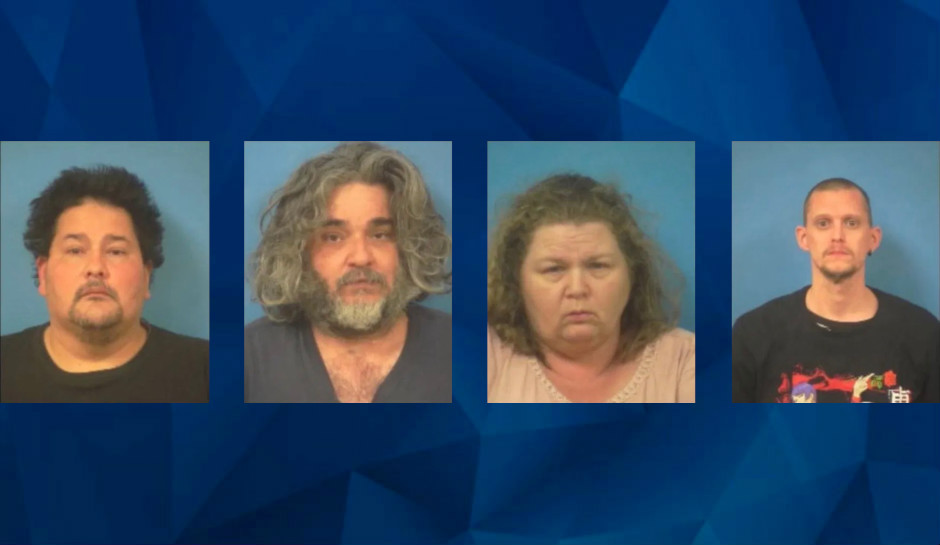 Children say they were given alcohol, repeatedly sexually assaulted by 4 adults in Nevada home; Bestiality reported

Nevada police have arrested three men and a woman in Pahrump, charging them with 137 counts of child abuse, sexual assault, and pornography between them, the Nye County Sheriff’s Office said.

The sheriff’s office said it began its investigation on January 17, but did not say what prompted the investigation, nor did it say when the arrests took place.

“The children in the home were given alcohol that made them sick before being sexually abused by all suspects on multiple occasions,” Nye County Sheriff Sharon Wehrly said in a video posted to Facebook on Saturday. “Victims described, in detail, numerous acts of sexual abuse by all suspects. Some of the reported acts included bestiality.”

Several arrested for crimes against children and beastiality

Several people are in custody for sexual crimes committed against children and animals after an indepth investigation was conducted.

All four were arrested after sheriff’s deputies executed a search warrant, Wehrly said, and are being held at the Nye County Detention Center.