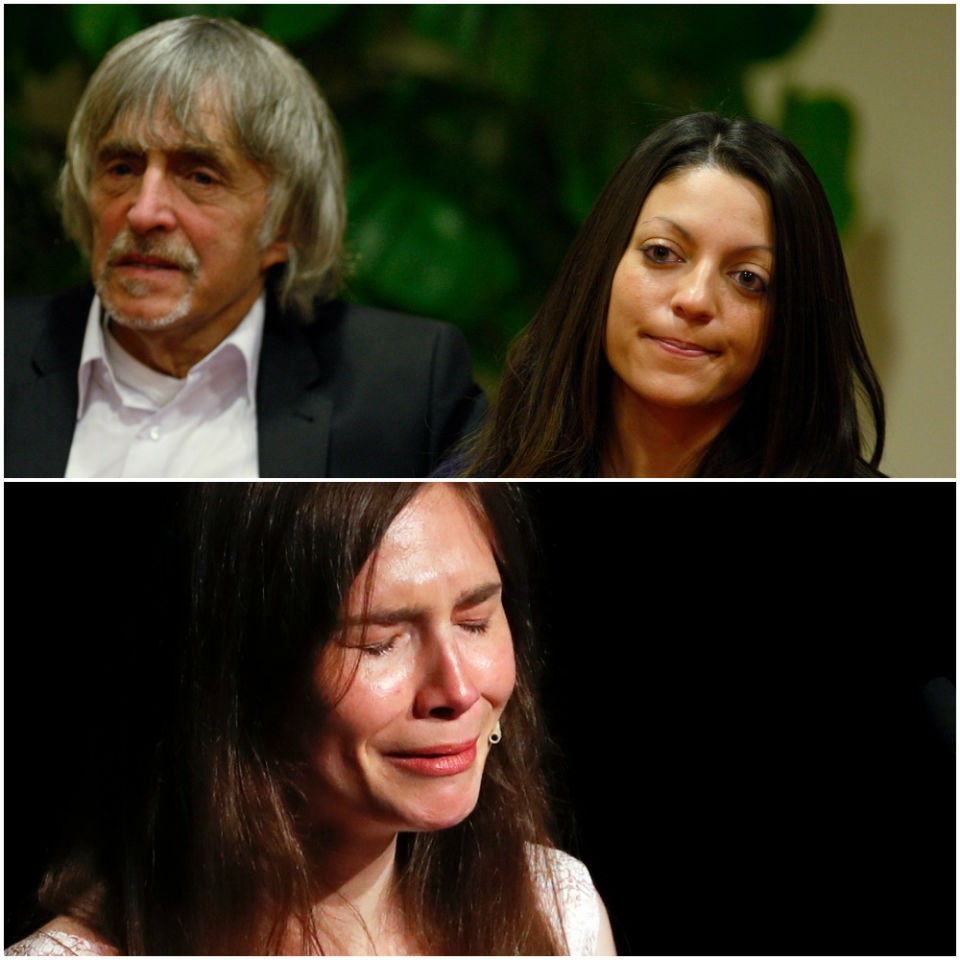 John Kercher was the father of Meredith Kercher, who was brutally murdered in 2007

The father of the woman Amanda Knox was accused of murdering in Italy has died under unusual circumstances, the Daily Beast reports.

John Kercher died last week after falling into a coma at a hospital, where he had been since being discovered Jan. 13 with a broken arm and leg outside of his home in Croydon, England.

Weather conditions at the time were misty and police say the injuries may have been from a hit and run, but they also are not ruling out the possibility that he was targeted or intentionally beat up, according to the Daily Beast.

A neighbor told the Sun: “It’s so sad, he was a very nice man. Nobody really knows what happened.”

Kercher, 77, is the father of British college student Meredith Kercher, whose 2007 murder in Perugia, Italy, prompted authorities to prosecute Knox for the crime.

Knox, an American college student from Seattle at the time, was convicted along with her Italian boyfriend, Raffaele Sollecito, and a third man, Rudy Guede.

Knox was released from prison on appeal in 2011. Sollecito was also released and Guede is scheduled to be released later this year.

John Kercher was a journalist and children’s book author who also wrote a book about his daughter’s killing in 2013. He said he was devastated by the acquittals of Knox and Sollecito.

“Hundreds of miles away from the center of the events, I sat stunned and open-mouthed,” Kercher wrote. “To hear that they had been acquitted and exonerated of any blame in Meredith’s death was staggering.”

Kercher had suffered a stroke in 2009 that prevented him from attending most of the murder trial.

According to the Sun, Kercher could not remember what happened to him after he was found injured last month.

Police are seeking the public’s help for information about who may be responsible for the Kercher’s injuries.

“Despite thorough inquiries made so far, including speaking to witnesses and examining potential CCTV opportunities, we have not as yet been able to establish how he came to sustain his injuries, which included a broken arm and broken leg,” Met Police Det. Sgt. Steve Andrews told local journalists. “We are keeping an open mind as to the circumstances of his death, including whether he may have been involved in a collision.”

Knox has not yet issued any public comments about John Kercher’s death.

Since being released from Italian custody, Knox has returned to the United States and works as an advocate for those who have been wrongfully convicted. Last summer, she spoke at an event as part of the Innocence Project.

In a statement, the Kercher family expressed sorrow over the loss of John.

“We loved him dearly and he is going to be very sorely missed,” the statement read.