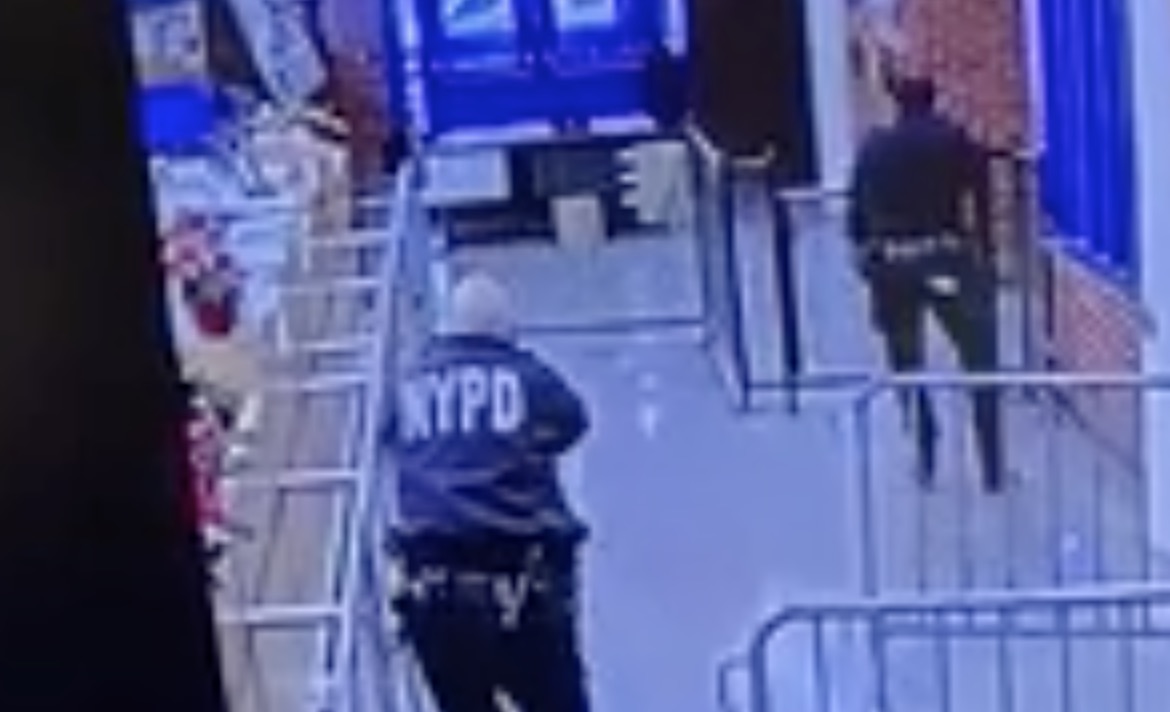 Surveillance videos obtained by the Post show the suspect, Robert Williams, entering the precinct around 8 a.m. wearing a blue and orange jacket with a black hat.

Then he opened fire with officers just feet away.

Police took cover before one officer drew his gun, prompting Williams to hide behind a desk. Williams gave up his gun and slid it across the floor.

Seconds later, numerous officers ran into the lobby and piled onto Williams. Part of the video shows the first officer who confronted Williams punching him as others try to cuff him.

At least one officer was injured in the attack: Lt. Jose Gautreaux was shot in the arm but the bullet missed vital organs, and he is expected to make a full recovery, sources told the Post.

Gautreaux worked as a sergeant for seven years before being promoted to lieutenant in 2018.

About 12 hours earlier, a gunman ambushed two police officers sitting in a marked police van elsewhere in the Bronx. Sources told the Post they believe that gunman also was Williams. Williams was arrested and hospitalized due to injuries from the incident.

Authorities say Williams has had previous interaction with police, including being accused of homicide.

A source told the Post that the police station lacks sufficient security.

“There’s supposed to be a cop assigned outside of the precinct to make sure something like this doesn’t happen, especially after what happened yesterday. The department has become too complacent.”