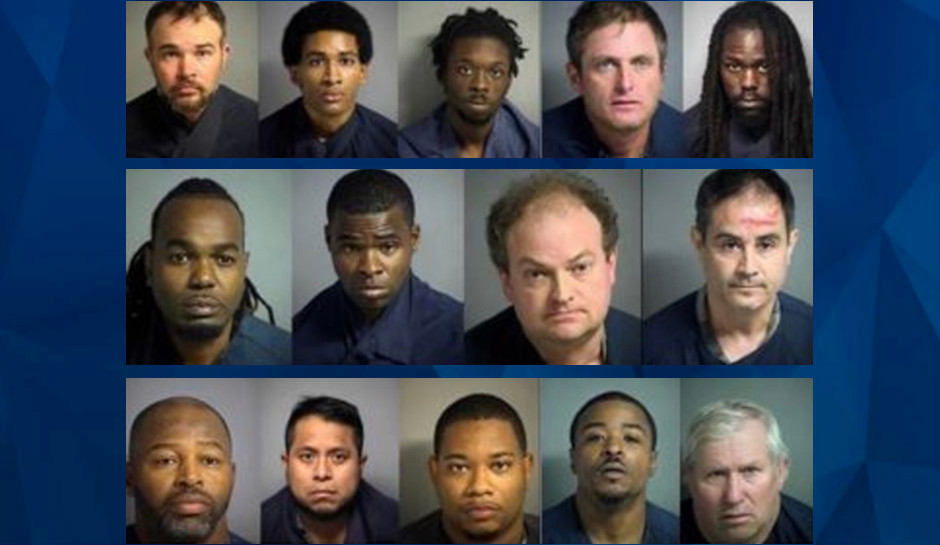 Georgia college dean among 14 arrested for sex crimes against children

A state university dean was among 14 men arrested for sex crimes against children during a four-day sting operation in south Georgia, the Lowndes County Sheriff’s Department said Monday.

Keith Walters, 44, was placed on administrative leave from his job as a chemistry professor at Valdosta State University (VSU) and was stripped of his title as Dean of the College of Science and Mathematics, the Valdosta Daily Times reported.

He was charged with three counts of obscene internet contact with a child and one count of sexual exploitation of children using a computer device to seduce, entice or solicit a child, the newspaper reported.

Walters and the other 13 men were arrested between February 6 and February 9 as part of Operation Broken Arrow, a joint operation between 18 law enforcement agencies, including the Georgia Bureau of Investigation (GBI).

Lindsay Marchant, assistant special agent for the GBI, said nine of the fourteen were charged under a human trafficking statute.

The men began chatting with undercover agents in internet chat rooms and other online spots, she said, and eventually the conversation turned to sex, the Atlanta Journal-Constitution reported.

“In some of these cases, the subject introduced obscene or lewd content, often exposing the minor to pornography or requesting the child to take nude or pornographic images for them,” she said.

“Every individual arrested during the operation believed they were going to a location to meet with a child and engage in prearranged sex acts,” Marchant added.

Richard Carvajal, president of VSU, told the Valdosta newspaper that none of the other men had any connection to the school.

“A detailed background check was done. Unfortunately that doesn’t mean you’ll catch everything. It just means there was no legal action before this,” Carvajal said. “Bad people can still do bad things.”