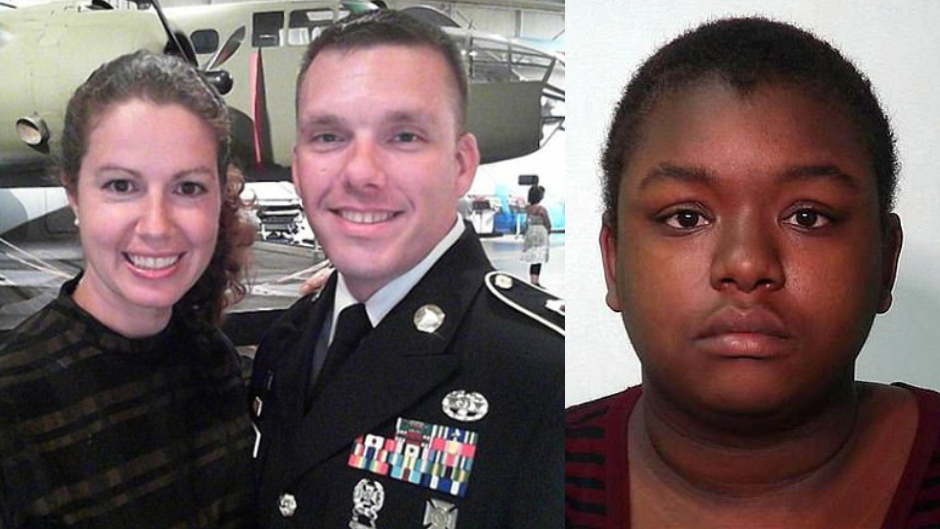 Married Army medic gives mistress key to his home so she can kill his wife, who had a $400K life insurance policy

On Monday, a federal judge in Hawaii sentenced a former Army medic to 35 years in prison for having his wife murdered in 2014.

KHNL and KGMB reported that Michael Walker, 40, pleaded guilty to second-degree murder in the death of Catherine Walker to avoid a first-degree murder charge. He previously told investigators that he was a “sex addict” who had multiple affairs, including with Ailsa Jackson, 29.

Michael Walker and Jackson met through an online dating site in September 2014. Michael Walker provided Jackson with a key to their home so she could enter the residence and stab his wife to death in November 2014.

Jackson had been diagnosed with a schizoaffective disorder and wasn’t taking her medications at the time of the murder. Prosecutors said Michael Walker talked to Jackson about killing his wife two weeks after they met, according to the Honolulu Star-Advertiser.

Prosecutors also claimed that Michael Walker told Jackson that he wanted his wife gone but he couldn’t divorce her. He said he couldn’t leave his wife due to financial reasons — specifically because he stood to gain $400,000 from her life insurance policy, the Daily Mail reported.

After mortally stabbing Catherine Walker, 38, Jackson stayed with her for 30 minutes until she died. Jackson testified that she asked Catherine Walker if she forgave her and she answered, “Yes.”

Jackson pleaded guilty to first-degree murder in 2015 and was sentenced to 30 years in prison. Jackson helped investigators decode a secret language she and Michael Walker used to communicate — allowing them to uncover his role in the murder.

In 2016, military judges convicted Michael Walker of child pornography and soliciting money for sex. KHNL and KGMB reported that during the murder investigation, detectives discovered social media sites where he was selling sex to men.

The following year, Michael Walker was found guilty in a military court of sexually abusing, assaulting, and threatening a young boy. In addition to 10 years of confinement, he received a demotion in rank and a dishonorable discharge.