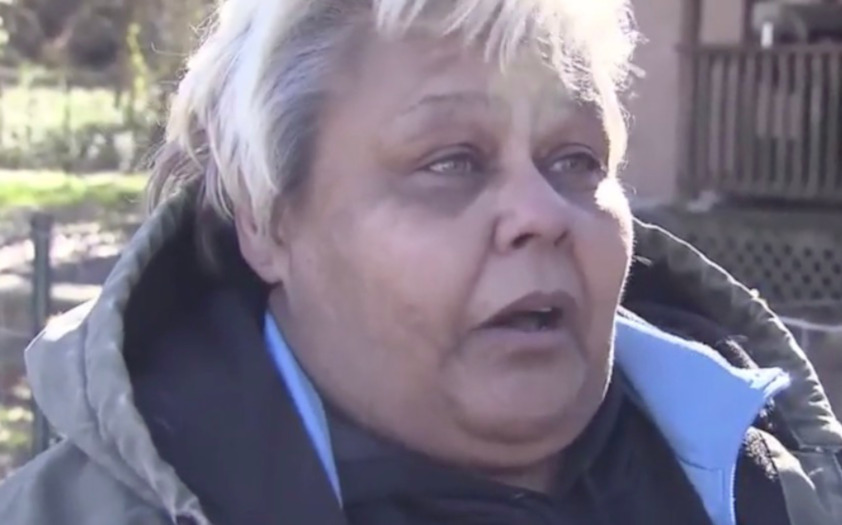 ‘Lucky to be living’: Boyfriends chops off girlfriend’s arm with a machete

A North Carolina man was jailed this week on an attempted murder charge after he used a machete to cut off his girlfriend’s arm, the Fayetteville Observer reported.

Ryan Tindall, 27, was also charged with assault with a deadly weapon with intent kill causing serious bodily injury and maiming without malice. He made an initial court appearance on Friday and was ordered  held on $1 million bond at the Cumberland County Detention Center.

Melissa Norris, 54, was flown to Duke University Medical Center where she underwent surgery to reattach her arm, according to WRAL.

“They did put the arm back on,” Norris’s father, Gary Jackson said. “Yes they did.”

“I don’t know how good it’s going to take, but she’s in a good place,” he said. “I think, the good lord willing, everything will work out good for her. She is lucky to be living.”

Police said they responded to call that a woman had her arm cut off at about 6:15 a.m. on Tuesday. When they arrived at the home, in east Fayetteville, they were met by the suspect’s father, who led them to Melissa Norris, 54, and noted that her left arm had been severed just below the elbow.

Court records indicate Norris told police she had been in the living room of the couple’s home and asked Tyndall for her Xanax. He told her it was in the bedroom, she said, and felt a sharp pain in her arm as she went to retrieve it. At that point, she saw that her arm had been cut off.

She told police she ran to Tyndall’s father’s home a block away, and Tyndall fled in her car, the Observer said. The suspect’s father called police. While police were still there, Tyndall drove up in the victim’s car and was arrested. Officers  said they found a machete and a “large amount of blood” in the couple’s front yard. WECT reported.

The suspect’s father, Junior Tyndall, told ABC 11 that Norris “woke me up beating on my door.” He helped Norris stem the bleeding while waiting for police, he said, and when they arrived, he walked to her home and found her severed arm in the bedroom.

“I picked it up and took it back down there to the EMS people,” Junior Tyndall said.

He also told the station that he suspected his son wasn’t taking his medication, and if he had, “it would’ve never happened.” ” I didn’t raise him this way,” he said.

Before he was booked into jail, Tyndall was taken to Cape Fear Valley Medical Center. Police said the were initially unable to interview him because he’d taken an “unknown substance.”