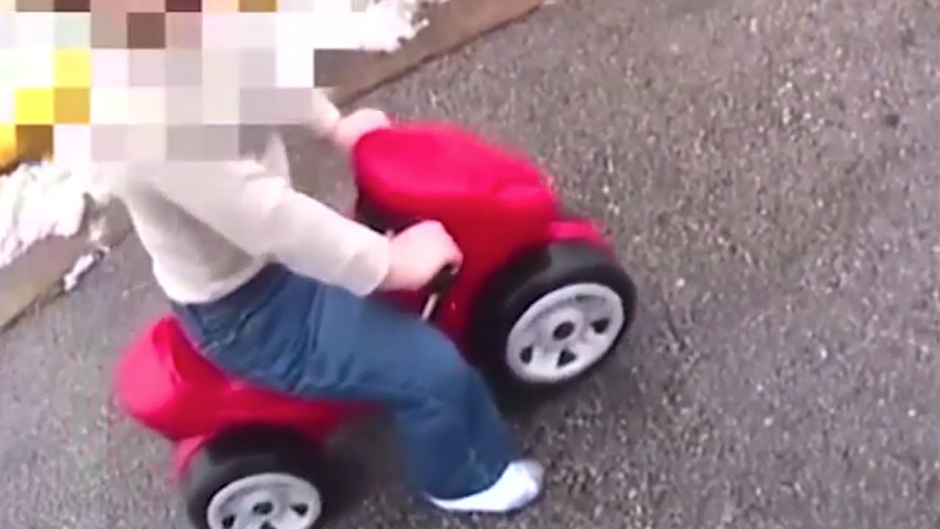 A daycare owner in Ohio was cited for child endangerment after a 2-year-old boy in her care was reportedly found on a toy tricycle near a busy road in freezing temperatures.

Citing Sandusky police, WABC reported that officers found the disorientated child wearing soaked pants and socks. The boy was reportedly unable to tell officers where he came from or how he ended up on the street.

Officers canvassed the area and learned that the child had escaped from a daycare. Police said the daycare owner, Jillian Jaunzemis, was caring for five other children at the time. Officers noted that the front door had a deadbolt, but it was easily accessible, the news station reported.

Sandusky police alleged that four children have wandered from the daycare in the last five years.

“We tried to explain to [the daycare employee] maybe some childproofing, doorknob covers,” officer David West, who discovered the lost toddler, told WABC. “If she’s watching more than one kid, maybe get an alarm or something on the door so if the door opens there is a beeping sound.”

WJW reported that the boy’s parents were called to pick him up. Meanwhile, Jaunzemis allegedly told police that she thought the boy was sleeping downstairs with the five other children she was watching. She reportedly admitted that she was upstairs when he got out of the home.

Jaunzemis pleaded not guilty to child endangerment on Tuesday. She told WJW that she’s added another lock to the front door to prevent future mishaps.