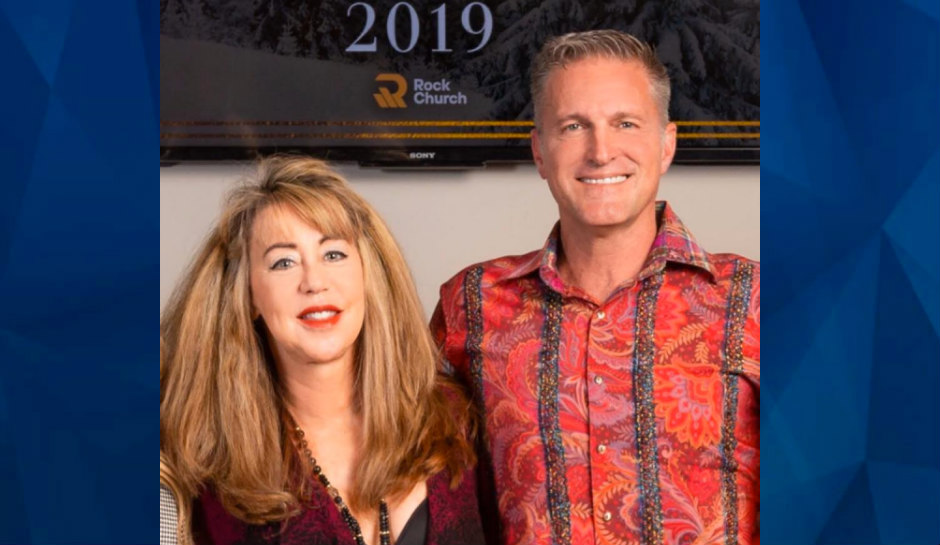 An Ohio couple said they were ambushed in front of their home this week and fatally shot the perpetrators, one of whom was the husband’s ex-wife who used to be a Hollywood stunt woman, WRGT-TV reports.

The bizarre shoot-out happened on Thursday morning, when Lindsey and Molly Duncan said they had just returned to their house after getting breakfast.

They stopped at the property’s security gate to get the mail and a package when, “all of a sudden, hell began,” Lindsey Duncan said.

“All I remember was a 6-foot-something man that was probably 230 pounds with a camouflage mask and hoodie on ran to my wife’s driver’s side with a gun and held it about 10 inches from her head,” Lindsey Duncan told reporters Friday during a news conference.

“I thought it was a bad nightmare. I didn’t know what to do. Whatever happened after that was instinct.”

Cheryl Sanders used to be a celebrity stunt double for A-list actresses such as Jessica Alba, Sharon Stone and Brooke Shields, and once was featured on the cover of Healthy Living Magazine.

Lindsey Duncan and Cheryl Sanders and have two college-aged children. A friend of Sanders told the Dayton Daily News that she and her husband had planned to visit with Lindsey to discuss an educational trust fund for the children.

At Friday’s news conference, Molly Duncan said neither Cheryl nor Robert Sanders attempted to discuss anything with them.

Lindsey Duncan has a permit to carry a concealed weapon and had a gun with him when he was confronted.

This is not the first conflict between Duncan and Sanders. Police say Duncan had raised concerns that Sanders was trying to kill him five years ago. Duncan, the founder of a nutrition supplement company, also sued Sanders in 2016 for defamation.

“The most difficult of this whole process – besides listening to my wife say ‘I’m going to die, they’re going to kill me’ – is having to tell my two daughters that their mother’s been shot,” Duncan said.

The Greene County Sheriff’s Office has classified the case as a justifiable homicide, although the matter remains under investigation.

Both Cheryl and Robert Sanders died from multiple gunshot wounds, according to the Greene County Coroner.

Molly Duncan said she is thankful to be alive.

“God orchestrated everything perfectly so we would survive,” Molly Duncan said. “I am a mother and I still get to see my kids grow up. I am thankful and that’s it. I would just ask everybody to pray for us.”