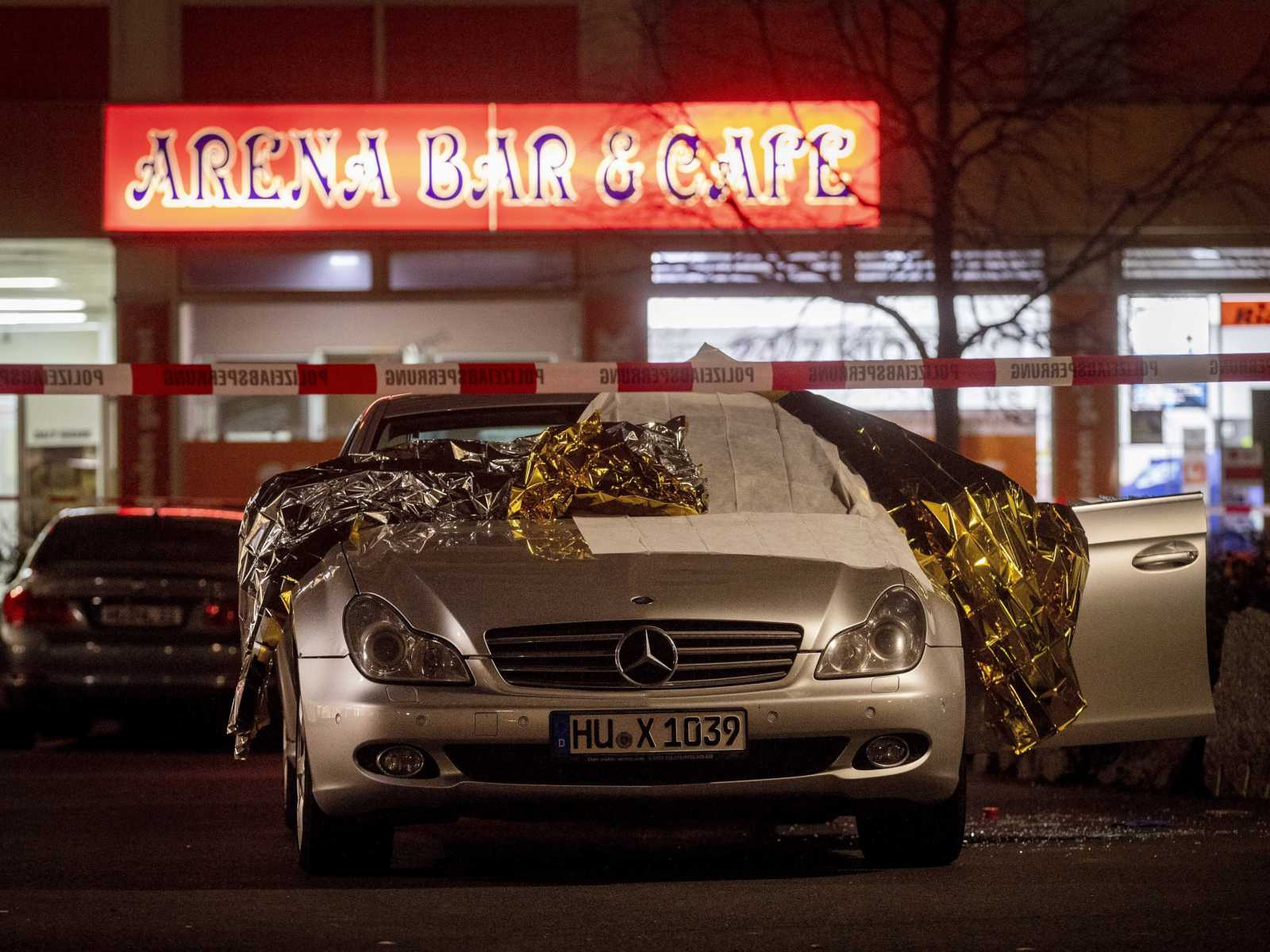 The New York Times, citing German public broadcaster Hessischer Rundfunk, said the suspects first opened fire at a shisha bar in the center of the city, about 15 miles east of Frankfurt, then drove to another neighborhood, where they killed five more in another bar.

Police said the suspects fled in a “dark car” and launched a large scale search.

The BBC reported that they were told by police at least five people were wounded.

There was no immediate word on who the suspects were or a motive for the shootings.

This is a developing story. CrimeOnline will update as more information is available.

[Featured image: A car covered with rescue blankets stands in front of a bar in Hanau/AP Photo/Michael Probst]