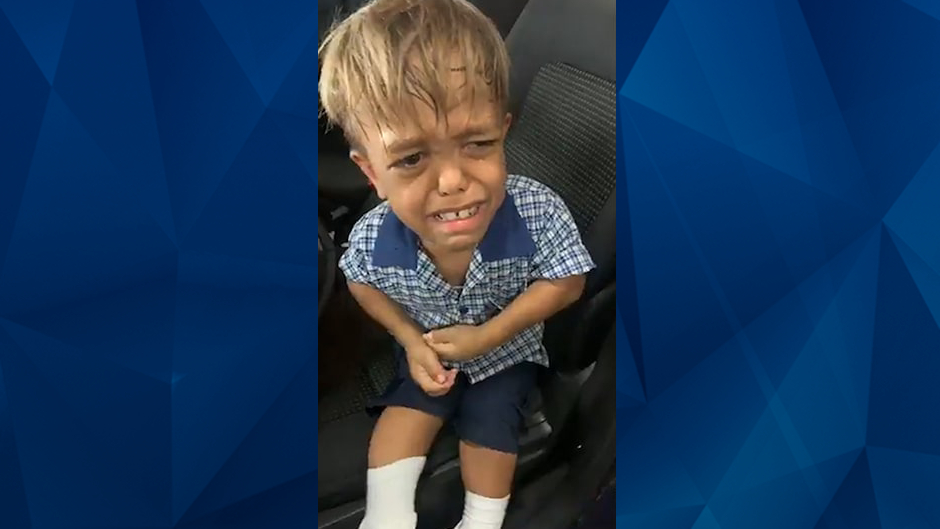 ‘I wish I could stab myself in my heart’: $300K raised to send bullied boy with dwarfism to Disneyland

As of Friday, a GoFundMe has raised more than $300,000 to send a bullied Australian boy to Disneyland after he was filmed in a viral video crying after school.

The New Zealand Herald reported that 9-year-old Quaden Bayles has achondroplasia, a genetic disorder that results in dwarfism. On Tuesday, Bayles’ mother posted a video to Facebook showing the boy crying in her car while claiming that another child tormented him about his height.

“I wish I could stab myself in my heart,” the boy’s says between sobs. “I want someone to kill me.”

This is the impacts of bullying! I seriously don’t know what else to do! 😭

The video has garnered more than 21 million views as of Friday. In addition to the GoFundMe started by comedian Brad Williams (who also has achondroplasia). TMZ reported that ONE CEO Chatri Sityodtong offered Bayles free MMA lessons.

“I just spoke to his amazing mom, Yarraka, over the phone,” Sityodtong said on Friday. “She has graciously accepted my invitation to come to Singapore for an all-expenses-paid vacation so Quaden can learn martial arts at EVOLVE.”

In a statement issued on Thursday, Bayles’ mother said her son has received the well-wishes and messages of support sent from around the world.

“We are meeting with the appropriate people in power to make changes and make a stand against bullying,” she said.