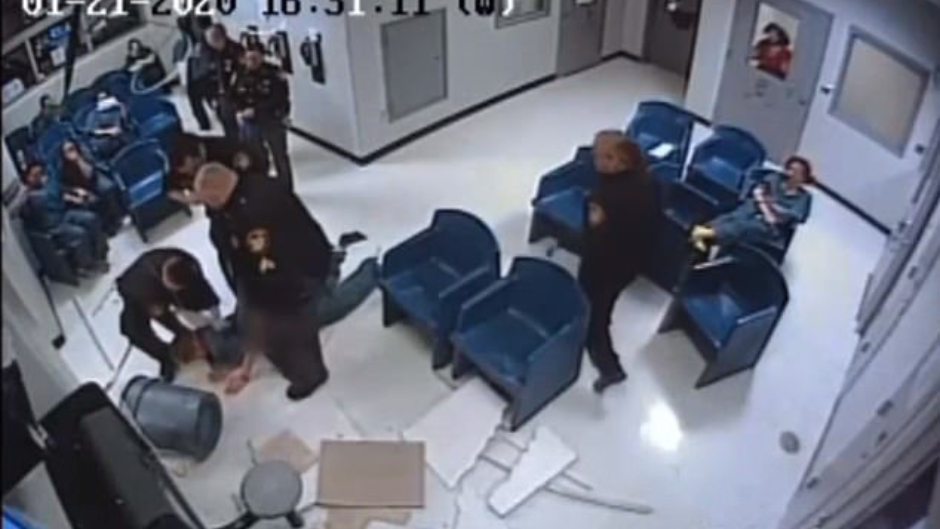 SEE IT: Female inmate falls through ceiling & lands in a trash can during failed jail escape [Reports]

Recently-released surveillance footage reportedly shows an inmate at an Ohio jail fall through a ceiling while trying to escape from jail late last month.

WHIO, who obtained the footage, reported that the video shows Jessica Boomershine, 42, at Montgomery County Jail. Boomershine and another man were jailed late last month for allegedly breaking into a house and assaulting an 85-year-old man.

While awaiting a court appearance in late January, Boomershine reportedly used a chair to climb into the ceiling in the jail’s waiting area. Other people who were in the vicinity at the time alerted nearby guards to Boomershine.

Moments later, the ceiling gives way and Boomershine’s legs are seen dangling from the ceiling. She then plummets into a trash can as guards grab onto her and restrain her.

Boomershine was facing charges of facing kidnapping, felonious assault, aggravated burglary, aggravated robbery, grand theft, and misuse of credit cards in connection with the alleged break-in. She was charged with escape and vandalism in light of last month’s incident.